Whether a State’s judicial branch may nullify the regulations governing the “Manner of holding Elections for Senators and Representatives . . . prescribed . . . by the Legislature thereof,” U.S. CONST. art. I, § 4, cl. 1, and replace them with regulations of the state courts’ own devising, based on vague state constitutional provisions purportedly vesting the state judiciary with power to prescribe whatever rules it deems appropriate to ensure a “fair” or “free” election.

The application for stay pending the filing and disposition of a petition for a writ of certiorari presented to THE CHIEF JUSTICE and by him referred to the Court is denied.

JUSTICE KAVANAUGH, concurring in denial of application for stay.

I agree with JUSTICE ALITO that the underlying Elections Clause question raised in the emergency application is important, and that both sides have advanced serious arguments on the merits. The issue is almost certain to keep arising until the Court definitively resolves it. Therefore, if the Court receives petitions for certiorari raising the issue, I believe that the Court should grant certiorari in an appropriate case—either in this case from North Carolina or in a similar case from another State. If the Court does so, the Court can carefully consider and decide the issue next Term after full briefing and oral argument.

In their emergency application, however, the applicants are asking this Court for extraordinary interim relief— namely, an order from this Court requiring North Carolina to change its existing congressional election districts for the upcoming 2022 primary and general elections. But this Court has repeatedly ruled that federal courts ordinarily should not alter state election laws in the period close to an election. See, e.g., Republican National Committee v. Democratic National Committee, 589 U. S. , (2020) (per curiam) (slip op., at 2); Purcell v. Gonzalez, 549 U. S. 1 (2006) (per curiam). In light of the Purcell principle and the particular circumstances and timing of the impending primary elections in North Carolina, it is too late for the federal courts to order that the district lines be changed for the 2022 primary and general elections, just as it was too late for the federal courts to do so in the Alabama redistricting case last month. See Merrill v. Milligan, 595 U. S. _ (2022) (KAVANAUGH, J., concurring). For that reason, I concur in the Court’s denial of the emergency application for stay.

JUSTICE ALITO, with whom JUSTICE THOMAS and JUSTICE GORSUCH join, dissenting from the denial of application for stay.

I would grant the application for a stay. This case presents an exceptionally important and recurring question of constitutional law, namely, the extent of a state court’s authority to reject rules adopted by a state legislature for use in conducting federal elections. There can be no doubt that this question is of great national importance. But we have not yet found an opportune occasion to address the issue. See, e.g., Democratic National Committee v. Wisconsin State Legislature, 592 U. S. _ (2020); Scarnati v. Boockvar, 592 U. S. (2020); Moore v. Circosta, 592 U. S. (2020); Wise v. Circosta, 592 U. S. (2020); Bush v. Gore, 531 U. S. 98, 112 (2000) (Rehnquist, C. J., concurring); see also Republican Party of Pennsylvania v. Degraffenreid, 592 U. S. (2021) (THOMAS, J., dissenting from denial of certiorari); id., at (ALITO, J., dissenting from denial of certiorari); Wisconsin State Legislature, 592 U. S., at __ (GORSUCH, J., concurring). We will have to resolve this question sooner or later, and the sooner we do so, the better. This case presented a good opportunity to consider the issue, but unfortunately the Court has again found the occasion inopportune.

In my view, the applicants have shown that the question presented by this case easily satisfies our usual criteria for certiorari, see this Court’s Rule 10, and it is also likely that they would prevail on the merits if review were granted. The Elections Clause provides that rules governing the “Times, Places and Manner of holding Elections for Senators and Representatives” must be “prescribed in each State by the Legislature thereof.” Art. I, §4, cl. 1 (emphasis added). This Clause could have said that these rules are to be prescribed “by each State,” which would have left it up to each State to decide which branch, component, or officer of the state government should exercise that power, as States are generally free to allocate state power as they choose. But that is not what the Elections Clause says. Its language specifies a particular organ of a state government, and we must take that language seriously.

In this case, after North Carolina gained a seat in the House of Representatives, the North Carolina General Assembly twice adopted new congressional districting maps. See 2021 N. C. Sess. Law 174; 2022 N. C. Sess. Law 3. But on both occasions, the State Supreme Court rejected those maps and ultimately ordered that the 2022 election proceed on the basis of a map of the court’s own creation. See App. to Application for Stay 2a, 13a–14a, 266a (App.). The court justified its actions on the ground that the General Assembly’s maps constituted partisan gerrymanders and thus violated a congeries of state constitutional provisions.1 But none of those provisions says anything about partisan gerrymandering, and all but one make no reference to elections at all.

The most relevant provision states simply that “[a]ll elections shall be free.” N. C. Const., Art. I, §10. This guarantee of “free elections” dates all the way back to the North Carolina Constitution of 1776, see Art. VI, but for 246 years that language was not found to prohibit partisan gerrymandering. In 2015, the State Supreme Court held that “a partisan gerrymandering challenge” failed because it was “‘not based upon a justiciable standard.’”2 Only this year did the State Supreme Court change course and discern in the State Constitution a judicially enforceable prohibition of partisan gerrymandering. Explaining the reasons for this new interpretation, the court noted that the State Constitution is difficult to amend and that North Carolina is “a state without a citizen referendum process.” App. 35a. The court concluded that “the only way that partisan gerrymandering can be addressed is through the courts.” Ibid. (emphasis added). These explanations have the hallmarks of legislation.

The applicants, who are members of the North Carolina Legislature, contend that the State Supreme Court took it upon itself to decide the “Manner” in which the State’s congressional elections will be held and that the court therefore usurped the power that the Elections Clause confines to the “Legislature.” The other side answers that state election laws must be interpreted and applied by the state courts, that this is what the State Supreme Court did in this case when it interpreted and applied the State Constitution, and that this Court has no authority to overrule a state supreme court’s interpretation of state law.

Both sides advance serious arguments, but based on the briefing we have received, my judgment is that the applicants’ argument is stronger. The question presented is one of federal not state law because the state legislature, in promulgating rules for congressional elections, acts pursuant to a constitutional mandate under the Elections Clause. Cf. Bush, 531 U. S., at 113 (Rehnquist, C. J., concurring) (compliance with the Electors Clause “presents a federal constitutional question”). And if the language of the Elections Clause is taken seriously, there must be some limit on the authority of state courts to countermand actions taken by state legislatures when they are prescribing rules for the conduct of federal elections. I think it is likely that the applicants would succeed in showing that the North Carolina Supreme Court exceeded those limits.

The applicants will be irreparably harmed if a stay is not granted because they will be deprived of their constitutional prerogative to draw the congressional map in their State, and the public interest will be disserved if the 2022 congressional elections in North Carolina are held using districts that we eventually determine were unconstitutionally imposed.

This matter came to us only seven days before the deadline for candidates to file on March 4, but promptly granting a stay would have been only minimally disruptive in the circumstances here. The General Assembly’s remedial map provides that the first map enacted by the Assembly would become effective by operation of law if we “stay[ed]” the orders of the North Carolina Supreme Court. What candidates were required to do by March 4 was to file a short form, and the only change that they would have been required to make had we granted the application was to ensure that the form they submitted specified the district in which they were running under the first plan adopted by

the legislature. That would not have been greatly disruptive.

I therefore respectfully dissent from the denial of the stay, but further review of the judgment below may be warranted once a petition for a writ of certiorari is filed. 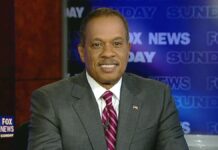