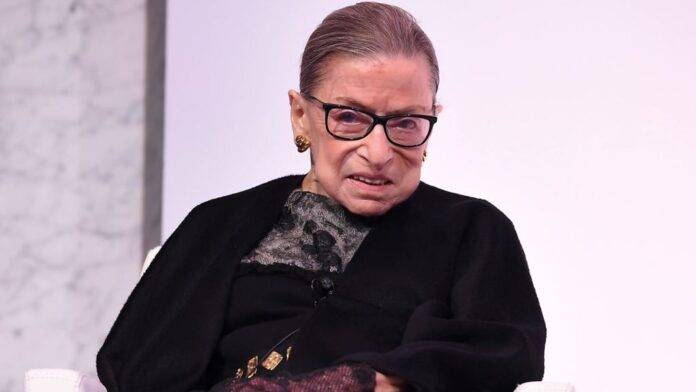 With Pavlovian predictability, leftist Democrats have gone into full lunacy mode in the immediate aftermath of the announcement of Ruth Ginsburg’s passing. And just as predictable is the universally fraudulent nature of absolutely everything they are proclaiming. Their goal is singular: Prevent President Trump at all costs from nominating a pro-Constitution jurist to the High Court. But they’re Democrats. So of course they cannot afford to be honest about it.

Still, in all of their lies and posturing, they inadvertently reveal who they are, and what their despicable agenda portends for the nation if they ever get into power. So the ugliness lurking behind all of their grandstanding needs to be exposed and considered in its true light.

Perhaps the most ghoulish fraud (so far) has been the purported letter from Ginsburg, in which she ostensibly claimed that she wanted her successor to be named by someone other than President Trump. This transparent effort to “tug at the heartstrings of America” has already been endorsed by none other than the embodiment of phony moralizing himself, Barack Obama.

Even if this scam were real, it would only serve to spotlight the abhorrence of Ginsburg’s actual “legacy.” It is wholly without merit, or any basis in the Constitution, and in fact would represent a gross departure from that founding Charter of our nation if anyone were so unprincipled and foolish as to actually abide by it. But more significantly, it represents the exact manner in which Ginsburg actually conducted herself (and in the process disgraced her oath of office) during her time on the Court.

From the moment of her confirmation in 1993, Ginsburg showed flagrant and continual contempt for the Constitution of the United States, and instead was the most reliable leftist activist on the Court. Her decisions, based not on any constitutional principle but solely on political ideology, were virtually 100% predictable before even a single oral argument was heard. Clearly she saw her station not as a guardian of the American ideal, but as an autocratic post with zero accountability, much more akin to “royalty” than to the preservation of the principles of our Republic. So it stands to reason that as her last effort in this life, she might try to manipulate the system in order to determine her successor.

Concurrent with that sad parody, the panic and hysterics of the leftist Democrats and their dutiful minions in the Fake News has been just as unsurprising, and just as transparently pathetic. In textbook leftist Alinksy fashion, every Democrat with access to a microphone has been attempting to make the claim, with effusive self-aggrandizing “virtue,” that preventing President Trump from picking the nominee is somehow in the best interests of our great nation. It isn’t! Such a course would only benefit the abhorrent and dangerous leftist agenda.

Leftist Democrats tout the supposed need for a mythical “balance” on the Court. But they never truly reveal the nature of that “balance,” or between which contrasting governing ideologies it should bridge. If the Court were to function as intended by the Founders, there would be no “balance” in it whatsoever. It would stand above anything political, as the arbiter and protector of the integrity of the Constitution as ratified and amended. The nominees from both parties should rightly be devoted to this end above any other motivation.

Sadly, reality paints a far less noble picture, particularly among the Democrats. While a pro-Constitution Court is intended to be the guarantor of the rights and freedoms of all Americans, on that basis alone it is an obstacle to the leftist Democrat agenda. In recent years, the Court has degenerated into a Democrat weapon (when dominated by leftist activist “justices”) by which to circumvent the law, and trample the rights and freedoms of decent Americans. So when the Democrats speak of “balance,” they actually seek to establish sufficient political clout from the Court, in order to bypass the rest of the legislative process. And that presents the gravest of dangers to our Nation’s future.

Ultimately, all of the hysterics and grandstanding of the leftist Democrats do not reflect positively on them, and can actually be a huge liability if Republicans respond properly to all of it. Those on the right should, as loudly as possible, make the case that their intent is to uphold the Constitution as written and ratified, and to oppose any leftist Democrat effort to undermine that defining principle of our nation. From that point forward, every Democrat rant against the effort to install a new, pro-Constitution jurist on the Court should be just as loudly characterized as an attack on that effort to preserve, protect, and defend our Constitution against all enemies, both foreign and domestic.

Certain Democrat players are already wary of the liability this poses to them. Public recognition of where they actually stand would be hugely detrimental to their efforts to paint themselves as paragons of patriotism and virtue. It is precisely for this reason that the Biden puppet-masters have no intention of releasing any list of prospective nominees. Doing so would instantly unmask their leftist activist objectives for the Court.

Thankfully, President Trump is already framing the debate in just such terms. In response the rancor and venom of leftist Democrats is increasing. And that can ultimately be used for the good of our nation. Let the Democrats hurl their accusations that upholding the Constitution is “divisive” and “partisan.” Given the flagrant animosity of the leftist Democrats towards the greatness of our America in recent years, fighting for America is indeed a “partisan” mission. And they are on the wrong side of it.