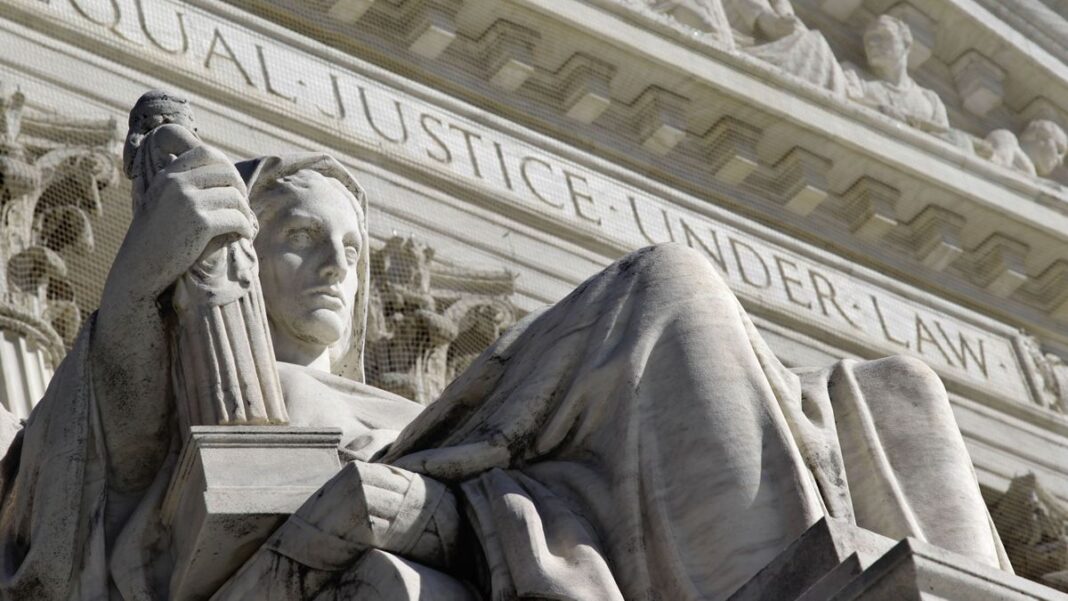 The Supreme Court granted an emergency Republican application to reinstate a disputed election map in Louisiana late in the day on June 28, a move that allows the map to remain in place for the next elections.

Attorney Marc Elias, whose law firm represents some of the voters challenging the map, was disappointed by the high court’s ruling.

“We will not give up,” he wrote on Twitter. “The fight for voting rights and fair districts continues.”

“Looks like the Court is ready to fix some bad redistricting law,” Adams told The Epoch Times by email.

In the ruling, the high court also stayed two lower court rulings that found that the redrawn congressional district boundaries in the map probably violated the federal Voting Rights Act (VRA) by diluting the power of black voters.

Section 2 of the VRA “prohibits voting practices or procedures that discriminate on the basis of race, color, or membership” in a large language minority group, according to the U.S. Department of Justice.

The court said in the brief unsigned order (pdf) that it would hold off on considering the merits of the case until after it hears and decides a similar case from Alabama known as Merrill v. Milligan, court file 21-1086. The court decided on Feb. 22 to hear the case, which is scheduled for oral argument on Oct. 4.

In that case, 14 states are urging the Supreme Court to reject a lower court’s ruling that a new congressional electoral map approved by Alabama’s Legislature in 2021 be returned to state lawmakers for redrafting because it supposedly disadvantages black voters, as The Epoch Times previously reported. Alabama’s delegation to the U.S. House of Representatives currently consists of six Republicans and one Democrat.