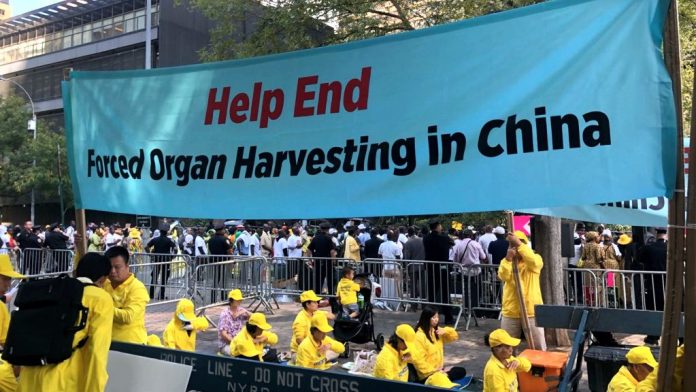 Survivors and victims’ tell their stories of state-sanctioned organ harvesting by the Chinese government.

After 12 months of independent assessment of all available evidence, the seven-person China Tribunal panel – which was initiated by the International Coalition to End Transplant Abuse in China (ETAC), an international human rights charity – delivered its final findings in June. The tribunal, chaired by Sir Geoffrey Nice QC who led the prosecution of Slobodan Milosevic in the International Criminal Trial for the former Yugoslavia, stated with “certainty” that “in China, forced organ harvesting from prisoners of conscience has been practiced for a substantial period of time.”

“Forced organ harvesting has been committed for years, and Falun Gong practitioners have been one – and probably the main – source of organ supply,” the report concluded, pointing to the growing transplant industry already worth more than $1 billion.

“Voice prints and retina scans were collected in 2016-2017 in East Turkistan, and some of us fear that they might be used for organ matching,” Hudayar continued. “We fear that today, the Chinese Communist Party may be harvesting the organs of not just Falun Gong practitioners, but also Uighurs, Tibetan Buddhists, Chinese Christians and other prisoners of conscience.”

“Only a pile of ashes is given to the family members,” he added. “We cannot be silent.”

Read full article by clicking the link below:

Survivors and victims on shocking state-sanctioned organ harvesting in China