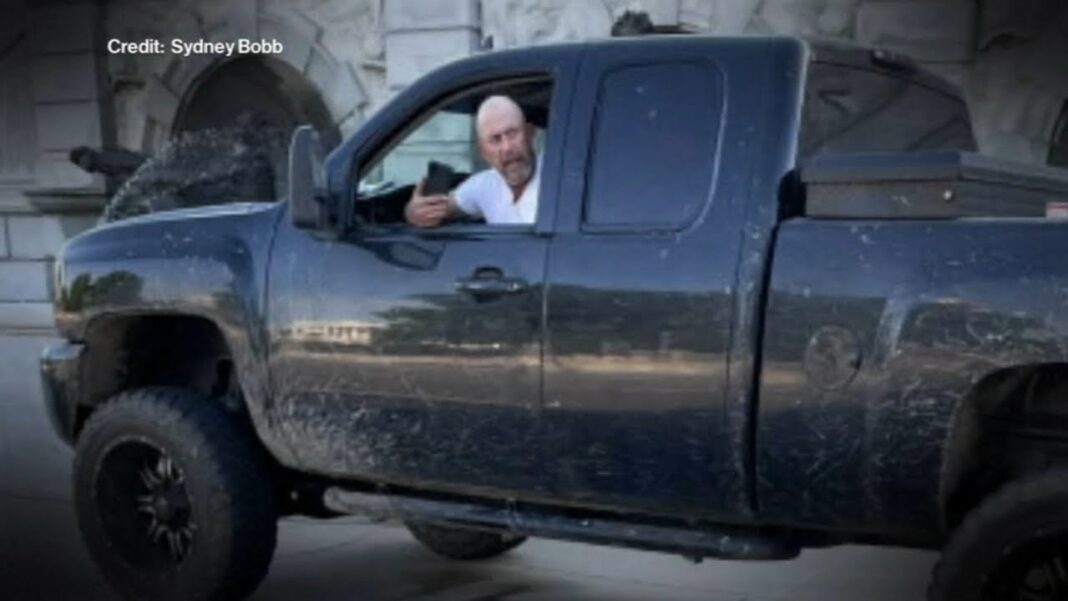 The U.S. Capitol Police late Thursday determined that the area around the Library of Congress in Washington, D.C., is safe, and that there was no bomb in a truck as claimed by a suspect who sparked an “active bomb threat” near Capitol Hill.

The suspect, 49-year-old Floyd Ray Roseberry, was taken into custody on Thursday afternoon, according to a statement from the U.S. Capitol Police. Video footage taken from the scene appeared to show the D.C. bomb threat suspect get out of his truck and surrender to law enforcement.

The suspect drove a black pick-up truck onto the sidewalk in front of the Library of Congress at about 9:15 a.m. ET, according to the Capitol Police statement.

The Capitol Police said they were responding to a “suspicious vehicle” before announcing on Twitter at around 10:30 a.m. ET that there was an “active bomb threat” in the area.

During a midday press conference, Capitol Police Chief Thomas Manger told reporters that officials were in communication with the driver of the truck, who “told the responding officer on the scene that he had a bomb.”

“And what appeared, the officer said, appeared to be a detonator in the man’s hand,” Manger said. “We immediately evacuated the nearby buildings.”

According to photos posted on social media that allegedly show the incident, a man is seen sitting in a dirty black truck near the Library of Congress.

Photos posted online by news outlets showed police had cordoned off an area around the vehicle. Footage showed a heavily armed officer with a gas mask as dozens of construction workers ran out of nearby buildings.

In a news release Thursday evening, Capitol Police said that officers searched the truck and did not find a bomb, but did find “possible bomb making materials.”

Capitol Police said they are working closely with the U.S. Attorney’s Office for the District of Columbia to determine the charges for Roseberry.