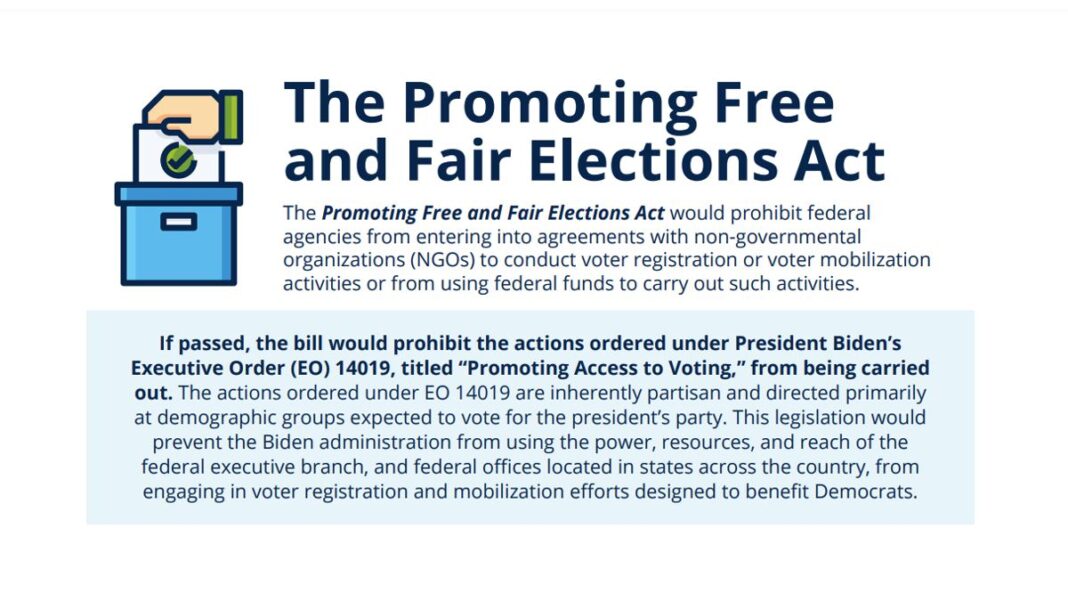 “Voting is one of our most sacred rights as American citizens, and it must be protected. President Biden has no business turning federal agencies into partisan voting operations for Democrats. It’s unconstitutional and would further undermine confidence in the integrity of our elections,” said Tenney. “I am standing up today to put an end to this overreaching effort, and I appreciate Congressman Budd’s continued leadership on this issue.”

“President Biden’s executive order empowering every federal agency to engage in electioneering on the taxpayers’ dime raises serious ethical and legal concerns. This sweeping directive is inherently partisan and directed primarily at groups expected to vote for one party instead over another,” said Budd.

Specifically, the Promoting Free and Fair Elections Act prevents E.O. 14019 from being implemented and requires the strategic plans to be reported to Congress. It prohibits agencies from working with third party groups to conduct voter registration or mobilization activities on agency property. Further, agencies are prohibited from conducting any activity covered by the E.O., except voter registration at military recruiting centers, until they disclose their plans to Congress.

The full text of the bill is available here.

A one-pager on the bill is available here.