A church in Texas has quietly removed a self-described “Goth” drag performer with a criminal conviction from what has been advertised as a family drag bingo event.

The First Christian Church, part of the Disciples of Christ denomination, openly supports LGBT people. In a flier, the church had advertised drag queen Tisha Flowers would be one of two performers at the sold-out event.

Flowers is a stage name for Jaysen Kettl, who portrays himself as a Goth drag queen, whose social media accounts include macabre content.

Area parents discovered that Kettl was convicted of being involved in a school shooting plot in 2004, after the news appeared in a Current Revolt article on Substack.

Images of Kettl that can be found online include one of him dressed in drag holding a red skull with pentagram earrings and another on Tik Tok where he is wearing a T-shirt with a Baphomet image surrounded by a pentagram.

In 2004, Kettl, who was 17 at the time, pleaded guilty to conspiracy to commit capital murder for his role in plotting a school shooting at Vidor High School, according to a Houston Chronicle story.

The plot was foiled before anything occurred.

Kettl and at least one other student described how they wanted to torture some people by “nailing their hands to the table, chaining them to trees—before they killed certain people,” according to a prosecutor quoted in the report.

Word of the plot leaked to school administrators and was never carried out. Police found a backpack containing knives, chains, nails, and hammers in Kettl’s bedroom.

The Epoch Times attempted to reach Kettl and First Christian Church for comment but did not immediately receive a response. 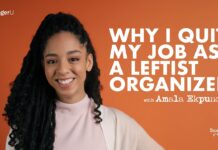