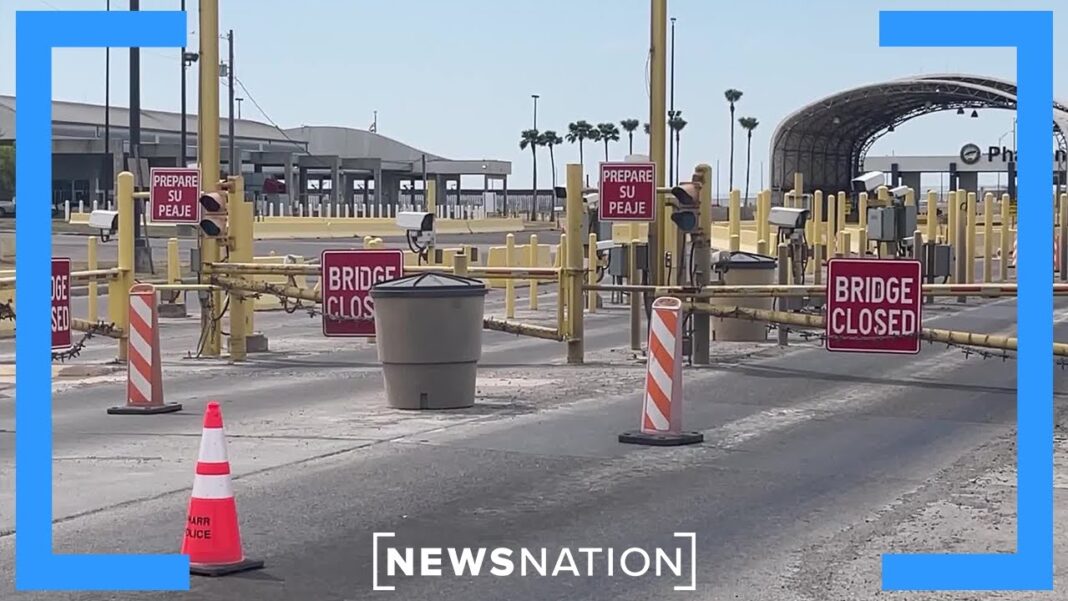 Significant slowdowns were recorded at the Pharr-Reynosa International Bridge, with the wait time increasing by as much as four hours, according to real-time data captured on the Customs and Border Protection website. Laredo and Brownsville bridges experienced the same increase in wait time.

Wait time is recorded from when a vehicle passes the Mexican toll gate until it clears U.S. customs.

The DPS inspections are occurring on state roads just beyond the ports of entry, which backs up the line into Mexico.

By the end of the day on April 9, DPS had inspected 2,390 commercial vehicles, of which 552 were taken out of service “for serious safety violations to include defective brakes, defective tires, and defective lighting,” according to Lt. Christopher Olivarez, spokesman for the DPS South Texas Region.

“Also, 73 commercial vehicle drivers were placed out of service,” Olivarez said. “The total number of violations detected thus far is 8,244.”

DPS hasn’t stated how long it intends to continue with the inspections. Mexico is Texas’s top trading partner with $88.5 billion worth of goods flowing both ways across the Texas–Mexico border annually, according to Global Edge.

“It’s kind of like a Mexican standoff,” Todd Bensman, national security fellow at the Center for Immigration Studies, told The Epoch Times. “I don’t think there’s any doubt but that it’s causing pain. And it’s going to cause more pain. So, it’s anybody’s guess what’s going to happen.”