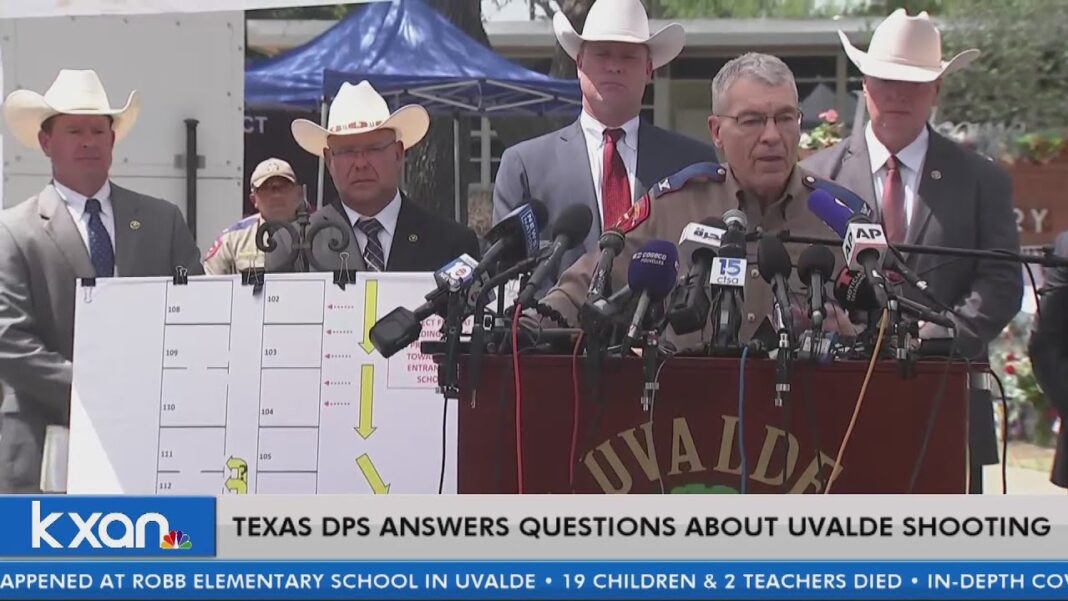 When asked why police at Robb Elementary didn’t act quicker, McCraw told reporters at a news conference that “the on-scene commander at the time believed that it had transitioned from an active shooter to a barricaded subject.”

McCraw said that in hindsight, “it was not the right decision, it was a wrong decision, very, there was no excuse for that,” referring to the lack of engaging Ramos sooner. “I wasn’t there but I’m just telling you from what we know, that we believe there should have been an entry as soon as you can,” he said.

Ultimately, to enter the Robb Elementary classroom, officers used a key provided by a janitor, the agency director revealed. Ramos also fired approximately 100 rounds during the entire incident, McCraw added, noting that the finding was based on audio evidence.

In the Tuesday incident, Ramos killed 19 children and two adults in the worst U.S. school mass shooting in a decade. Authorities said that the teen, who recently turned 18, did not display signs of mental health problems although he was described as a loner who had problems in school.

Ramos also entered Robb Elementary School in Uvalde through a door that was propped open by a teacher just minutes before, McCraw added. McCraw said that there was also no school resource officer at the school, and he could not say why. The officer, he said, later responded when someone called 911.

Before Ramos entered the building, the officer inadvertently drove past the suspect, who was hiding behind a car. The officer instead confronted a teacher who he believed was the suspect, McCraw told reporters.

At around 11:27 a.m. Tuesday, the teacher propped open the door at Robb Elementary, coming about 1 minute before Ramos crashed his vehicle nearby, McCraw said. The same teacher about two minutes later at 11:30 a.m. reported the crash and a male with a gun, although it’s not clear why the teacher didn’t close the door.