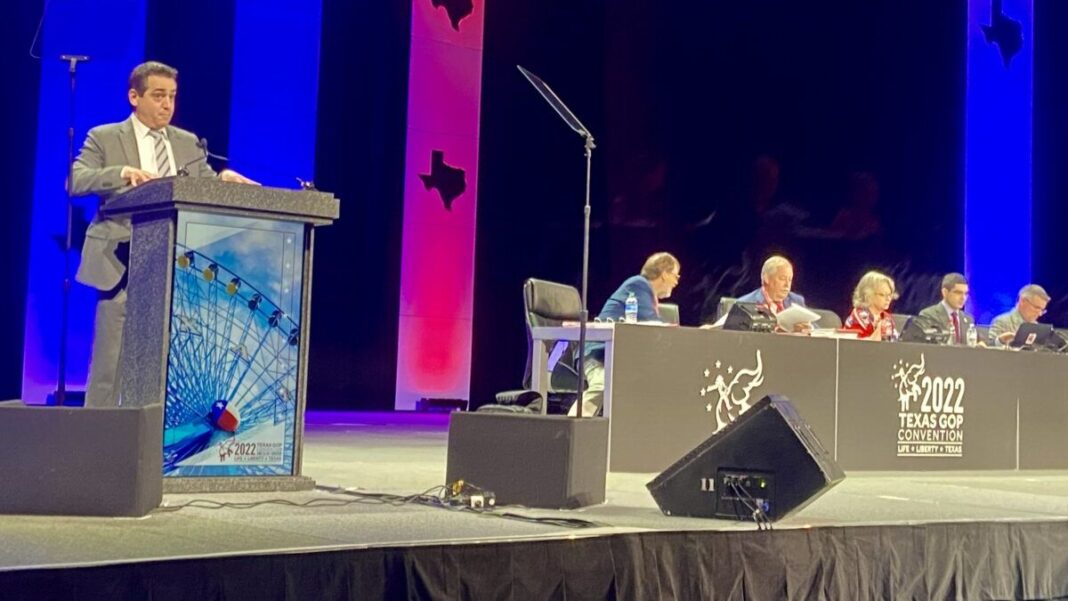 The Texas GOP says it is stepping up election integrity efforts in the state by training and recruiting election personnel watching the polls, according to a party spokesperson.

“Texas should be the standard bearer for all things Republican, with a Republican-dominated legislature and state office for going on 20 years now,” Wesolek said, noting that the issue of election integrity is “absolutely” a part of this axiom.

Since former U.S. President Donald Trump left office in 2021, the Lone Star State’s Republican Party has trained over 5,000 election workers and poll watchers in the state, as part of an effort to “set the goalpost” for improving election integrity statewide and beyond, party spokesperson James Wesolek told The Epoch Times in an interview in July.

The Texas GOP’s in-house staff and contractors, in partnership with the Republican National Committee, county-level Republican parties, and other grassroots groups, conduct training and recruitment of election personnel in the state.

The poll watchers would observe the conduct of the election and report irregularities and violations of the Election Code, if any, to election officials. All political parties are allowed to hire election workers to observe all parts of election administration.

“It’s a team effort, and in the end, it’s all a responsibility we feel to be accountable to the voters of Texas,” Wesolek said.

Texas’s Republicans, in conjunction with former U.S. President Donald Trump and other conservative figures, have been voicing their concerns about how the 2020 election was administered.

More than 5,000 delegates at the biennial Texas GOP Convention last month voted and passed a resolution that stated President Joe Biden “was not legitimately elected” and that “substantial” election fraud in key metropolitan areas influenced the results of the 2020 presidential election in favor of Biden. This resolution makes the Lone Star state the first to reject the 2020 election results. Democrats and legacy media have vociferously denied such allegations, claiming them to be unfounded.