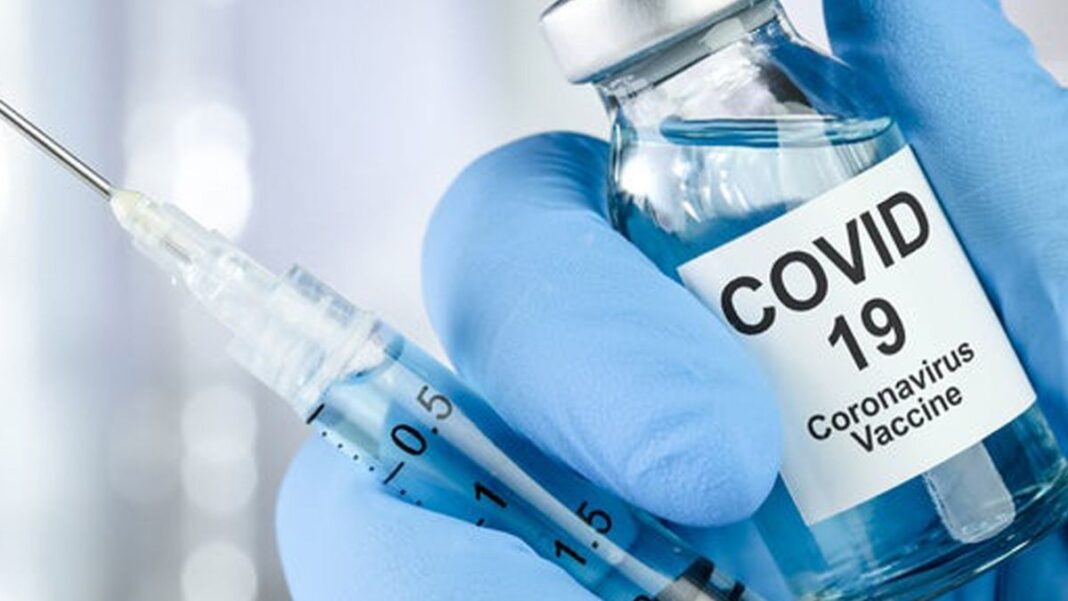 Some were able to tell their own tragic stories; others not so, as their loved ones had to fill in the blanks. These personal testimonies from around the world show a harrowing slice of the side effects from these jabs. The testimonies shared by these unsuspecting victims, their pain, their deaths, all deserve to be acknowledged.

If you or someone you love still does not understand the risks of the COVID jab, watch the video “mRNA ‘Vaccine’ Genocide 2021-2022: Testimonies from the Victims and Medical Staff,” above. I don’t care if you already well understand the risks, I am beyond confident you will benefit from watching what these shots are doing.

Most of us, including me, have no direct contact with people who have been killed or injured by the COVID jabs. These clips help each of us understand just how truly morally reprehensible these jabs are. They have killed hundreds of thousands and disabled millions more. I strongly encourage you to watch this video and share it with everyone you know.

But you must be forewarned. The imagery is emotionally disturbing, so prepare yourself. However, we need to start looking at reality with eyes wide open. The victims of these experimental gene transfer injections deserve to be seen to help us better understand the nefarious bioweapon that has been unleashed on the helpless.

In early 2021, Vice President Kamala Harris, among many others, publicly urged everyone to get the COVID jab, which she promised was “safe and effective.” We’re called to love our neighbors, “and getting vaccinated is truly an extension of that,” Harris insisted.

At best, she was misinformed. At worst, she lied. The facts are that the COVID shot is the most dangerous drug in the history of modern medicine, and these dangers were foreseen and predicted by many respected and well-educated doctors and scientists. Alas, their voices were censored — in some cases, it appears, at the direction of the White House administration itself.

The victims’ struggle, their pain, their deaths deserve to be acknowledged for what they are — the result of medical malfeasance, regulatory corruption and societal “mass formation” insanity driven by media fearmongering and outright lies to support the shift to global tyranny and slavery.

Celebrities, politicians, health agency officials, news anchors, doctors, nurses, academics and countless others pushed, shamed and threatened as many as they could into getting the shot, and everyone now needs to see what the result of that was and how these unsuspecting individuals around the world have suffered.

There are so many stories included in the video, I won’t try to summarize them. I really encourage you to watch the video. A common thread in these stories that is worth noting, however, is the consistent dismissal by the medical community.

Even in cases where the doctors do suspect a COVID jab injury, they still are beyond clueless as to just how the symptoms are caused or, even more importantly, how to treat them. So, they just send the victims home, or refer them out to other specialists whose knowledge is just as lacking. Successful treatments appear to be extremely rare, which only adds insult to injury.

In the short video above, Greg Reese, who created “The COVID Genocide” documentary, shares his reasons for making it. “They want to destroy the world,” he says, referring to the globalist cabal that are the planners, if not actual orchestrators, of this medical genocide.

‘They want to destroy the world … They’re like a wildfire that needs to be put out,’ Reese says. ‘We need some serious war crime tribunals.’ ~ Greg Reese in reference to the globalist cabal responsible for the COVID jab genocide

They believe they will get away with it by ignoring the evidence and censoring anyone who claims to have been injured, or anyone who openly grieves the death of a loved one who was killed by the shot. We cannot let that happen. “They’re like a wildfire that needs to be put out,” Reese says. “We need some serious war crime tribunals.”

Others are also taking up the fight to ease the COVID jab victims plight. There’s now a global online campaign underway to raise awareness and break the silence around COVID jab injuries.

The founders of the campaign, #CanWeTalkAboutIt, encourage people who have been injured by the jab to share their personal stories everywhere they can. As reported by The Defender,1 “The campaign also seeks to help people injured by the vaccines network and locate resources and information in their own countries and communities.”

To participate, post a black-and-white photo, with your right sleeve rolled up and wearing a Band-Aid to illustrate that you got the jab, on your social media network with the #CanWeTalkAboutIt hashtag, along with a short description of the injuries you experienced. Agnieszka Wilson, one of the campaign founders, told The Defender:2

“If you take a headache pill and you see that there’s a side effect that makes your skin blue, then you obviously might say ‘okay, it might be from that, right?’ But when it comes to vaccines, you can’t really talk about these things.

We all heard and knew that the rollout [of COVID vaccines] was starting and we were going to see a lot of damage done by these vaccines. But people were really scared, and especially [scared of] being associated with … organizations that were stamped as anti-vax organizations.

We all also knew that media was silencing it. These people were denied that these were vaccine injuries [but] we were seeing all of these things happening. So I thought, we need to do something, we need to start making people aware that these are actually dangerous vaccines.

There’s something more going on … Why is media being silent? Why are we not talking about this? There’s never been a drug in history that has had so many side effects and no one is talking about it.

I always work globally; I thought now we need to do something globally, we need to do a campaign that’s going to start breaking the silence around this issue because people need to know. We don’t want any more people to take the shot, especially after what I’m seeing in all of these groups.”

In addition to the many thousands of personal stories shared on social media, a variety of statistics also support the experiences shared:

•Hospitalizations are up — In January 2022, the Indiana Hospital Association reported Indiana hospitals were seeing a dramatic increase in both deaths and hospitalizations for a wide variety of conditions.3 Not only are the number of hospitalizations in Indiana higher than it was before the COVID shots were rolled out in in 2021, it’s the highest it’s been in five years.4 Meanwhile, the daily deaths from COVID-19 are less than half that of 2020.

•Sudden Adult Death Syndrome (SADS) is skyrocketing — A previously rare medical phenomenon called SADS is being blamed for deaths in otherwise healthy adults in what appears to be a clear effort to obscure the reality of COVID jab deaths.6,7

•Some of the healthiest in the world are dying without discernible cause — An analysis8 of sudden deaths among competitive athletes between 1980 and 2006 in the U.S. found the annual average was 69. Data9 compiled by the International Olympic Committee put that annual average at 29, across all sports.

Meanwhile, between January 2021 and July 2022 alone — 18 months — at least 1,204 athletes have suffered cardiac arrest or collapse, and 804 have died, typically on the field, worldwide.10 Among EU FIFA (football/soccer ball) athletes, sudden death increased by 420% in 2021.11 Historically, about five soccer players have died while playing the game each year. Between January and mid-November 2021, 21 FIFA players died from sudden death.

For example, OneAmerica reported the death rate of working-age Americans (18 to 64), in the third quarter of 2021, was 40% higher than prepandemic levels15 — a rate increase that is completely unheard of. Other sources report similar increases, including:

◦The city of Phoenix, Arizona reported a 100% rise in the death rate among city employees in 2021, compared to the 10-year average17

◦Data from the public funeral home company Carriage Services reported a 28% increase in services rendered during September 2021 compared to September 202018,19,20

◦Excess mortality figures in Europe also show younger people are dying faster than the elderly, and children under 14 died more frequently in the second half of 2021, compared to the first22

If You’re Injured, What’s Next?

If you’ve been injured by the COVID jab, first and foremost, never ever take another COVID booster, other mRNA gene therapy shot or regular vaccine. The same goes for anyone who has taken one or more COVID jabs and had the good fortune of not experiencing debilitating side effects.

Your health may still be impacted long-term, so don’t take any more shots. As for treatment, there still aren’t many doctors who know what to do, although I suspect we’ll see more doctors specializing in COVID jab injuries in the future.

Doctors who have started tackling the treatment of COVID jab injuries in earnest include Dr. Michelle Perro (DrMichellePerro.com), whom I’ve interviewed on this topic. Perro is a pediatrician who over the past couple of years has also started treating adults injured by the jab. Another is Dr. Pierre Kory (DrPierreKory.com).

Both Perro and Kory agree that eliminating the spike protein your body is now continuously producing is a primary task. Perro’s preferred remedy for this is hydroxychloroquine, while Kory typically uses ivermectin. Both of these drugs bind and thereby facilitate the removal of spike protein.

Kory also believes there may be ways to boost the immune system to allow it to degrade and eventually remove the spike from your cells naturally, over time. One of the strategies he recommends for this is TRE (time restricted eating), which stimulates autophagy, a natural cleaning process that eliminates damaged, misfolded and toxic proteins. Another strategy that can do the same thing would be sauna therapy.

Inflammation and lowered immune function must also be addressed in most jab-injured patients. Remedies in Perro’s toolbox include:

As a member of the Front Line COVID-19 Critical Care Alliance (FLCCC), Kory helped develop the FLCCC’s post-vaccine treatment protocol called I-RECOVER. Since the protocol is continuously updated as more data becomes available, your best bet is to download the latest version straight from the FLCCC website at covid19criticalcare.com23 (hyperlink to the correct page provided above).

Other remedies that can be helpful for COVID jab injuries include: