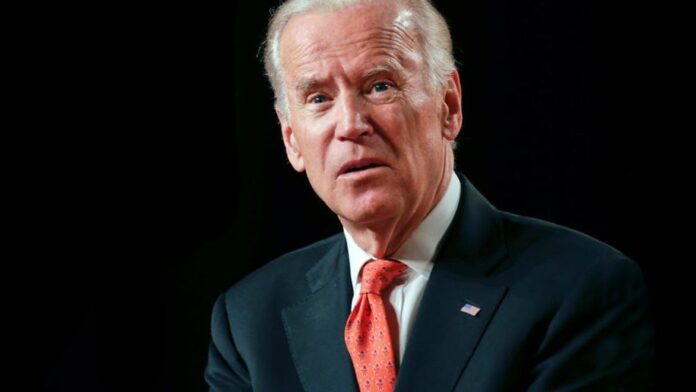 The responses from leftist Democrats and their Fake News parakeets to Joe Biden’s March 25,2021 “press conference” were immediate and universally enthusiastic. In truth, they were too immediate, too enthusiastic, and above all, too predictably universal. The strategic goal of all their feigned exuberance was to convince the American people of just how cogent and “in command” Biden really is. But the vast scale of this obviously overdone and coordinated “public relations” effort reflected something very different.

Rather than inspiring confidence, the Democrat/media axis ended up revealing how desperate and panicked it actually is. The real powers behind Biden have been holding their collective breath on a daily basis, going immediately into panic mode the moment old Joe reveals his total confusion and ineptitude. But although Biden’s failing mental capacity is only one aspect of the current insanity that rages inside the Beltway, it frequently rises to the forefront, requiring immediate damage control from the leftist cabal that actually runs things.

So the canned accolades from the entire leftist propaganda machine, while reflecting a collective sigh of relief among them over the lack of any major mishaps, revealed much more than that. Ultimately, they were the mask that was going to be put in place, no matter how badly the scripted charade of a “press conference” went down. And despite all the pretend cheeriness, the problems needing to be patched up or “restated” were many.

It was inescapably obvious that “questions” from the press were overwhelmingly canned, rehearsed and supportive. Biden faced none of the rudeness from leftist “reporters” or other malicious efforts to grandstand and entrap, as they had done when they confronted President Trump. Yet even while being given every advantage, Biden stumbled and wandered, desperately attempting to maintain the facade. It is no surprise that he was also recorded on video fumbling through notes.

This whole situation is reminiscent of how the leftist Democrats and their Fake News lackeys have vehemently told us that we saw a thoroughly “fair and honest” election, and that to even questioning its legitimacy is an unforgivable attack on the Constitution. Their hysterical assertions invariably ring hollow, but are particularly vapid when measured against the backdrop of what America actually witnessed on Election Day 2020, and in its aftermath.

Not surprisingly, the current mayhem on the border fits this pattern of total incompetence in actually addressing the real needs of Americans, which should be the primary responsibility of government. Instead, the real concern of the Biden cabal is how to put a seemingly “good face” on the picture. America is being willfully and systematically destroyed, but it is imperative that the people remain as ignorant as possible, for as long as possible. Otherwise, the peasants may revolt.

Likely the single biggest threat to this ruse is the prospect that Joe Biden may soon reach a point where he is no longer able to function a manner that is the least bit convincing. The fact that his first “press conference” didn’t take place until more than two months after he was in the White House is not indicative of a robust and dynamic leader.

Genuine fears of that possibility exist with the cabal. The leftist Democrat/media axis has already tipped its hand as it engaged in a total cover-up of Biden’s missing “State of the Union” speech. Rather than calling on him to get out in front of the American people and show himself to be the legitimate and effective “leader of the free world,” leftist talking heads make every possible excuse for him to be absent. And while it is true that no actual mandate exists in the Constitution requiring a public spectacle in front of a joint session of Congress (George Washington’s first State of the Union message was hand written, and delivered to the Congress by a third party), it was once again clear that the only mission of the Biden cabal was to cover for old Joe.

The pattern continues with the secrecy surrounding the fully intentional mess being created at the Nation’s Southern border, where leftist efforts to create as many new “Undocumented Democrat” voters have resulted in enormous hardship to Americans and open thoroughfares for sex trafficking and the drug cartels, along with the suddenly “acceptable” practice of “kids in cages.” The primary effort by both the leftists in public office and their media minions is to deflect all attention from the unfolding crisis, and all the long-term damage being done to the Nation as a result. Instead, the narrative is solely devoted to how “humanitarian” Biden ostensibly is, as he sells out America.

So it was that, when Biden did his March 19 triple-stumble on those airplane steps, with the whole world watching, leftists had to go into overdrive in their frantic attempt to deflect attention. They quickly and piously resorted the shameless sanctimony of deriding anyone who poked fun at the bumbling Biden. This deflection was comically ironic, coming as it did from the same political camp that had reveled in the bloodied effigy of Donald Trump’s head, held proudly by leftist “comedienne” Kathy Griffin, among many other equally appalling and hateful acts. As a result, their efforts to embarrass and intimidate failed miserably. Biden’s mishap was simply too illustrative of the real state of America’s counterfeit “Executive Branch.” Public awareness will simply not go away. And with every new gaffe, every new blank stare into space, and every new unfinished sentence, the clumsy and ham-fisted typecast is reinforced.

Leftist Democrat efforts to reinstate massive lockdowns, along with leftist Democrat efforts to totally disarm the American people, are not merely signs of their obsession to control and suppress the population. Rather, they are indicative of the ongoing and rising panic within leftist circles, as they face the prospect of the American people waking up to the scam in which we are now living, and becoming organized in genuine opposition to it.