Home Previews Books The College Scam: How America’s Universities Are Bankrupting and Brainwashing Away the... 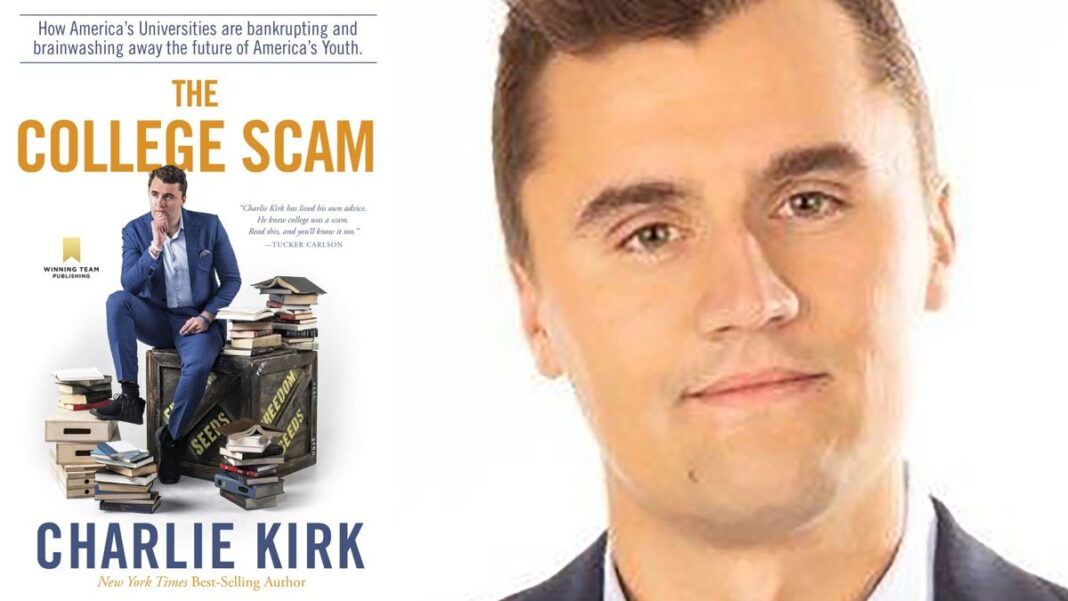 Why do we send our kids to college? Why do we spend hundreds of thousands of dollars on a useless degree? Why do we let our children get indoctrinated by those who fundamentally disagree with America’s greatness? In his newest book, The College Scam, Charlie Kirk answers all of these questions and more. Since founding Turning Point USA, Charlie Kirk has been the leading voice across American college campuses standing up for conservative students. We all know that colleges are filled with far-left professors, but the truth is much worse. Anti-American ideals are thriving, progressives repress speech, and brainwashing is the norm. In The College Scam, Charlie Kirk puts the college industry on trial with a ten-count indictment of why academia has lost all credibility. A must-read for every student, parent, and concerned American citizen!

Charlie Kirk is the Founder and President of Turning Point USA, a national student movement dedicated to identifying, organizing, and empowering young people to promote the principles of free markets and limited government. Charlie was named to the Forbes “30 under 30” list, was the youngest speaker at the 2016 Republican National Convention and was the opening speaker at the 2020 RNC. He’s the author of three books including the #1 Amazon and New York Times best seller, The MAGA Doctrine: The Only Ideas that Will Win the Future from Broadside Books, an imprint of Harper Collins.