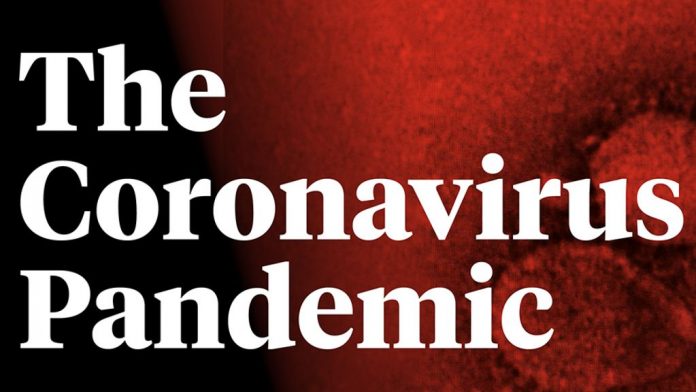 U.S. President Donald Trump’s multibillion-dollar trade deal with China could be yet another economic casualty of the spread of the novel coronavirus, according to a congressional report provided exclusively to Foreign Policy.

The U.S.-China Economic and Security Review Commission, established by Congress two decades ago and appointed by members of both parties, said that stalled trade and depressed consumer demand in China from the virus “raises the possibility that implementation could be disrupted,” upending Trump’s efforts to end a two-year trade war with Beijing that he began in 2018.

Trump administration officials and Beijing have insisted that the so-called phase one of the deal, which calls on China to buy $200 billion worth of U.S. energy and agricultural products, is set to move ahead as planned, even as the president himself took shots at Beijing from the White House podium over the weekend as the spread of the virus has now killed more than 40,000 Americans.

Yet China could invoke a clause in the agreement that allows for fresh trade consultations between the two countries “in the event that a natural disaster or other unforeseeable event” postpones the ability of either party to verify that the clauses are being met, according to the commission report, a copy of which was obtained by Foreign Policy.

The stress to the trade deal from the coronavirus comes as Trump began to sharpen his attacks against China over the weekend amid news reports that the U.S. intelligence community is considering the possibility that the novel coronavirus may have accidentally escaped from a laboratory in Wuhan, where the first cases were detected. Trump had said earlier this month that he’d “love to have a good relationship” with China.

“It could have been stopped in China before it started and it wasn’t, and the whole world is suffering because of it,” Trump told a White House briefing on Saturday. Trump ally Sen. Tom Cotton, an Arkansas Republican, also introduced legislation last week that would allow U.S. citizens to sue China for deaths and economic harm from the virus, and other lawmakers have called for the United States to consolidate supply chains for pharmaceuticals and other critical goods.