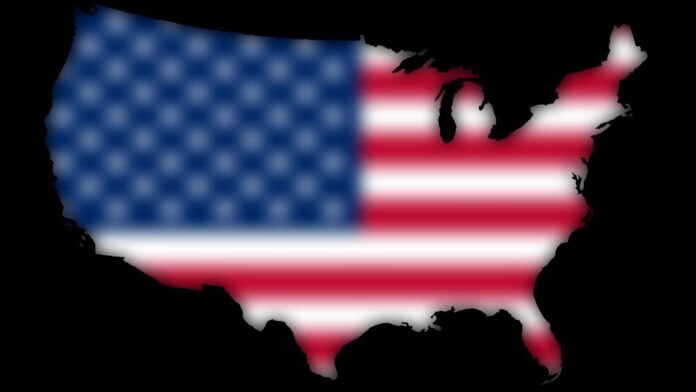 In between all of the ridiculous “calamities” befalling our country, such as the Mr. Potato Head “controversy,” the embarrassing phony hysteria over Dr. Seuss, and the sudden interest of leftist Democrats and their Fake News lackeys in the long standing corruption and abuses of New York Governor Andrew Cuomo, an effort is actually being made to project an eerie facade of “calm” onto the nation. The goal is to convince people on “Main Street” that nothing unusual happened last year, and particularly since last November.

America wasn’t seized in an unwarranted stranglehold of atrocious government abuses in response to the China virus. The election wasn’t stolen right in front of our faces. And the new “administration” of a semi-conscious doddering old creep, mindlessly doing the bidding of an unseen cadre of hard-core leftist tinhorn wannabes, is just the latest example of “democracy” at its finest. Or so we are expected to believe…

In the midst of this surreal situation, the leftist disinformation campaign is in high gear, desperately struggling to force the truth into hiding. In one situation after another, panicked and despotic efforts are being made to silence anyone who dares to question the leftist orthodoxy even in the slightest. Americans now hear the initial mantras of every aspiring tyranny. Nothing has changed! This is the same America we’ve always known! And you better not suggest otherwise.

At the 2021 CPAC, which just concluded in Orlando Florida, CNN Fake News minion Jim Acosta aggressively confronted Matt Schlapp, founder of the American Conservative Union, which hosted the gathering. Acosta accused Schlapp and the ACU of promoting “the big lie,” which is how the left now seeks to disparage any mention of the 2020 election theft. In Acosta’s world, the massive video evidence of vote fraud, statistically impossible numerical swings that occurred simultaneously across every swing state in the wee hours of November 4, trucks loaded with boxes of unfolded ballots, and flagrant violations of state law both in accepting and “counting” the ballots are mere “fairy tales.” The leftist Democrat/Fake News approved talking point is that election integrity was beyond question. End of story.

Yet the 80 million voices of truth regarding the election won’t be silenced. On March 1, attorney Sidney Powell explained how voting machines reduced certain votes to fractions of an actual vote, while weighting others as greater than a single vote. And we can all guess which candidate illegitimately lost ground, and which one gained. Also, Presidential legal counsel Rudy Giuliani continues to speak out against all of the criminal vote fraud, resulting in his being censored by Youtube. While the left mocks the likes of Powell and Giuliani, accusing them of spreading lies and conspiracy theories, it does not behave as if that is what they are doing. Rather its actions reflect genuine fear that they are speaking the truth, and people across the nation know it.

Meanwhile, every effort is being undertaken to make Biden appear normal and cognizant, which is no easy task. Certain inescapable realities keep getting in the way of this ruse. No plans are being made for a “State of the Union” speech. Clearly, the Biden political machine is aware that its sock-puppet cannot be counted on to remain convincingly lucid for any length of time, and certainly not under the pressures of a national spotlight. So as with all of the genuine efforts to audit all those fake ballots in swing states, the current leftist Democrat “strategy” is one of stonewalling and deflection. And of course, when that flimsy scheme fails, leftists reflexively revert to their backup, which is to hurl hysterical accusations of “partisanship.”

Their goal is to maintain a facade of Washington “stability,” until they are sure they’ve gained sufficient control over the military and “legal” apparatus of the federal government that their position at the helm is secure. Only at that point can the abhorrent political monstrosity of a “Harris administration” be unleashed on the nation.

Harris, doesn’t possess even a hint of “likability.” Along with other venomous leftists such as Elizabeth Warren, Harris believed she could establish an entire political movement, based on sheer nastiness. America has not forgotten that. And no matter how extreme the attempted leftist “makeover,” she has zero appeal either as a leader or as a human being of normal caring or compassion.

So the current holding pattern will be maintained for as long as possible. For the moment, the real power behind the Biden cabal (many believe it is Obama) is intent on maintaining the pretense of a “Biden Presidency.” But the biological clock on old Joe’s health is ticking inexorably away. The inevitable Biden/Harris switch takes place against a chaotic backdrop, the sudden transfer of power to Harris might be the event that pushes Americans past their breaking point. The Biden cabal simply cannot afford to take that risk, which is why they are busily browbeating Americans into accepting their assertions that daily life across the nation is as “normal” as it will ever be, and that this is an acceptable situation.

This contention is not only outrageously absurd, it is also very dangerous. Nothing in our nation can be deemed “normal.” Nor will life in our once great country ever go back to normal, if the evil forces of corruption, fear, and intimidation that seized on the Wuhan virus as an excuse to trample individual rights and the Constitution, and who ultimately stole the 2020 election, are allowed to proceed as if they did nothing out of the ordinary.

The temptation to just “get along” with the new order is great among Americans who are weary of the nightmare of 2020. Yet they have no real option to do so. The hard-leftists at the current center of power are both paranoid that their illegitimate regime is being questioned, as well as being obsessed with tightening their control of that disgusting “peasantry” that still clings tenaciously to the quaint notions of “life, liberty, and the pursuit of happiness.” Getting along with the left will necessitate nothing less than total and deliberate abdication of those precepts of the American ideal.

Americans had better tally the cost of that alluring but false sense of serenity and “sameness” with a past they longingly recall. It is happening on very different terms from anything this country has ever known. 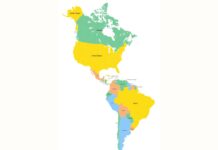 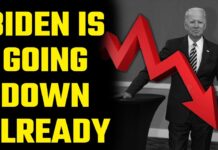