Democrats are worried about another White House bid by former President Trump, something that is appearing increasingly likely on the eve of an Iowa rally by the leading potential GOP candidate.

Democrats say Trump can’t be taken for granted. While some are confident a new Trump candidacy would bring out a wave of Democratic voters to defeat him, others are worried he could return to power. And that’s enough to bring shudders to most in the party.

“There’s not a strategist or insider that I’m hanging out with who would like to see Donald Trump running again,” said Rachel Bitecofer, a Democratic pollster. “Nobody should think he would be a weak nominee.”

Bitecofer and other Democrats still traumatized by Trump’s surprise win in 2016, his four years in office and his near-miss defeat last year say he’s proven time and again that he can be competitive, particularly when the odds are stacked against him.

“He almost re-won the White House in 2020 even after four years of scandal after scandal, and then the pandemic and the mismanagement of that,” she added. “That never affected him. And he almost won and his party picked up seats in the House.”

“No one should underestimate his ability to energize the base with grievance politics,” added Mike Morey, the Democratic strategist who served as an aide to Senate Majority Leader Charles Schumer (D-N.Y.). “Democrats would be foolish to think he would be easy to take down.”

Behind the scenes, Trump, 75, has told associates he is eager to announce another White House bid. But advisers have told him to keep a low profile, preferably until after the midterm elections next years. 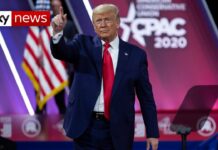 Trump Says He Never ‘Thought of Going to War With China’ 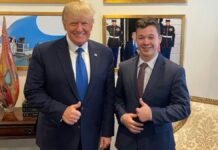 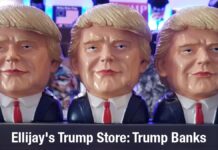 One Year On, America’s Trump Stores Are Still Winning