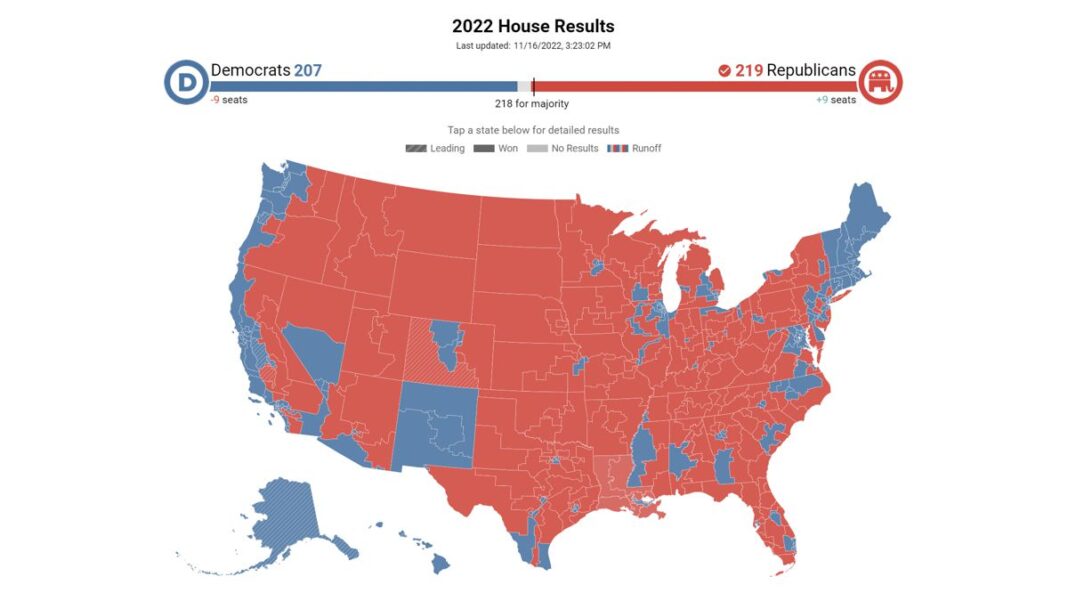 It is time for the slim GOP majority to act as a policy tourniquet to stop the economic hemorrhaging caused by Biden’s disastrous economic mismanagement of the US economy. Given the narrowness of the majority, this task will require resolve of steel and the leadership of a political lion in the Speaker’s chair.

Despite a disappointing gain in total House seats in last week’s midterms, the gavel nonetheless passes away from Nancy Pelosi. This transfer results largely from Biden’s horrendous economic record which enabled a significant GOP popular vote win nationwide in House, a historical rarity.

Right now, per CNN polling, 75% of Americans recognize that the economy is in recession, despite the legalistic protestations of Biden’s amen corner in the corporate media. This recession flows largely from the Biden/Pelosi/Schumer runaway inflation which crushes real wages, which have now contracted for a staggering 19 straight months, the worst streak in all US history.

Laborers work harder to fall behind, getting literally poorer every month, as pay increases cannot keep pace with the skyrocketing cost of goods that every citizen needs to live. In fact, the Cortes “Have To” basket of Gasoline, Groceries, and Utilities rose at a punishing 16.2% pace in the latest CPI Consumer Price Index report for October.

This bad news looks certain to get worse as the overall health of the job market deteriorates with the flailing consumer. For example, FedEx Freight recently furloughed workers, including drivers, right into the normally busiest time of the year for ground shipping, ahead of Christmas shopping. This ominous ground transport slowdown naturally flows from the prior plunge in ocean shipping.

Specifically, America’s busiest Port of Los Angeles saw container traffic for September fall a whopping 22% vs. the prior September 2021, the worst performance in 7 years. This recent drop occurred in a typically frenzied season for ports as stores stock up for holiday shopping, and thus presaged the current dour outlook for Christmas sales.