Home Previews Books The Indispensables: The Diverse Soldier-Mariners Who Shaped the Country, Formed the Navy,... 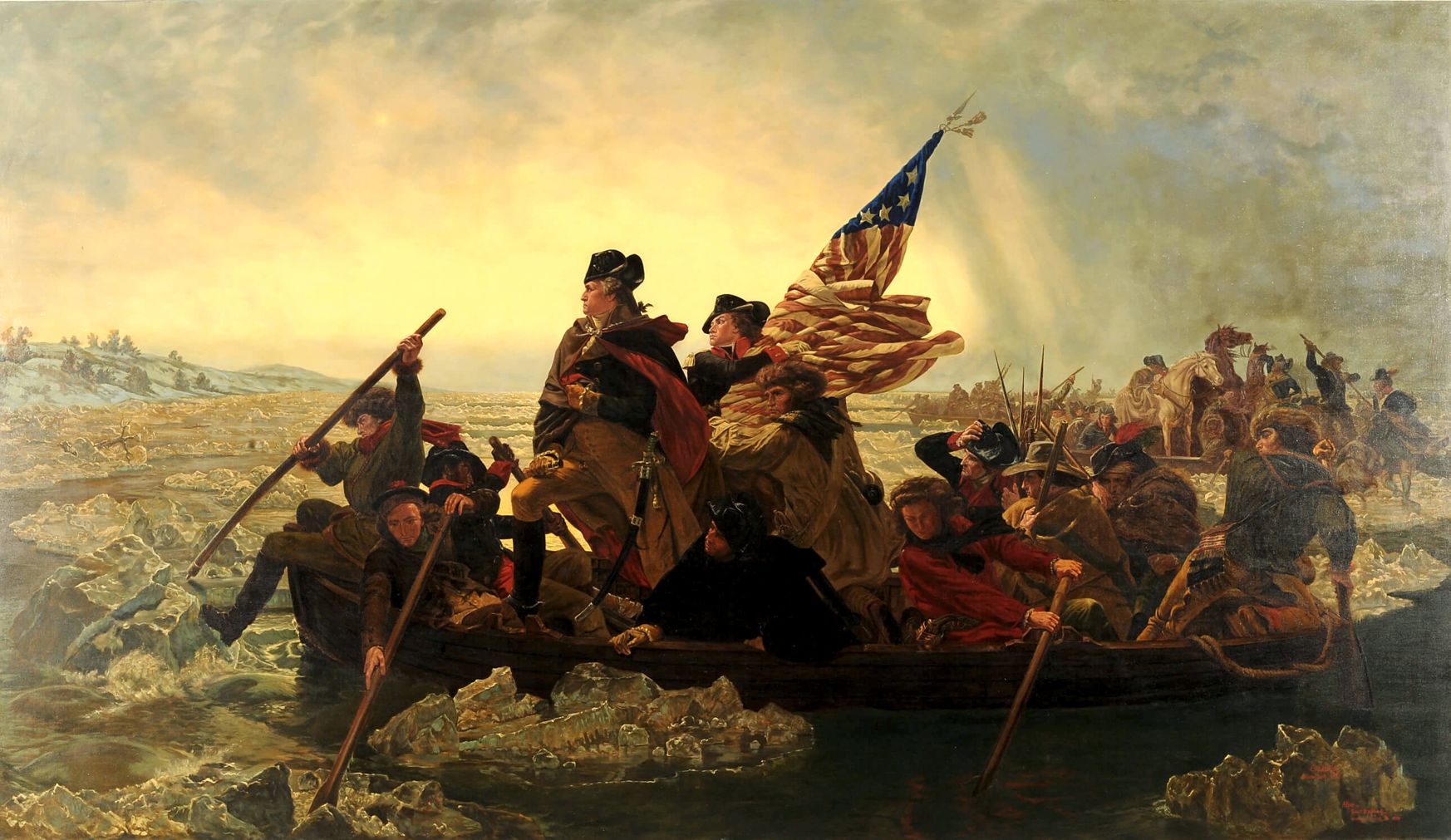 On the stormy night of August 29, 1776, the Continental Army faced capture or annihilation after losing the Battle of Brooklyn. The British had trapped George Washington’s forces against the East River, and the fate of the Revolution rested upon the shoulders of the soldier-mariners from Marblehead, Massachusetts. Serving side by side in one of the country’s first diverse units, they pulled off an “American Dunkirk” and saved the army by transporting it across the treacherous waters of the river to Manhattan.

In the annals of the American Revolution, no group played a more consequential role than the Marbleheaders. At the right time in the right place, they repeatedly altered the course of events, and their story shines new light on our understanding of the Revolution. As acclaimed historian Patrick K. O’Donnell dramatically recounts, beginning nearly a decade before the war started, and in the midst of a raging virus that divided the town politically, Marbleheaders such as Elbridge Gerry and Azor Orne spearheaded the break with Britain and shaped the nascent United States by playing a crucial role governing, building alliances, seizing British ships, forging critical supply lines, and establishing the origins of the US Navy.

The Marblehead Regiment, led by John Glover, became truly indispensable. Marbleheaders battled at Lexington and on Bunker Hill and formed the elite Guard that protected George Washington. Then, at the most crucial time in the war, the special operations–like regiment, against all odds, conveyed 2,400 of Washington’s men across the ice-filled Delaware River on Christmas night 1776, delivering a momentum-shifting surprise attack on Trenton. Later, Marblehead doctor Nathaniel Bond inoculated the Continental Army against a deadly virus, which changed the course of history.

White, Black, Hispanic, and Native American, this uniquely diverse group of soldiers set an inclusive standard of unity the US Army would not reach again for more than 170 years. The Marbleheaders’ chronicle, never fully told before now, makes The Indispensables a vital addition to the literature of the American Revolution.

Praise for The Indispensables:

“A vivid account of an impressive Revolutionary War unit and a can’t-miss choice for fans of O’Donnell’s previous books.”―Kirkus Reviews

“Having saved the fledgling American army from complete destruction at the Battle of Long Island and made Washington’s Christmas Day counterstroke at Trenton possible, the Marblehead Regiment truly was Washington’s indispensable force. Patrick K. O’Donnell’s gift for storytelling brings the once famous regiment back to life, as he takes readers from the highest war councils to the grime and grit of battle, as it was keenly felt by the hard-bitten Marbleheaders. In this vivid and brilliant narrative, O’Donnell demonstrates that he is at the top of his game, as he has now written the one indispensable book on the early and most trying days of the American Revolution.”―Dr. James Lacey, author of The Washington War

“Once again Patrick K. O’Donnell has succeeded in shedding new light on a previously overlooked or unappreciated aspect of American military history. The Indispensables is absolutely fascinating, a beautifully written account of men at war, with great issues in the balance. I know of no finer or more insightful historian of the American soldier’s experience than O’Donnell. Highest recommendation!”―John C. McManus, author of Fire and Fortitude: The U.S. Army in the Pacific War, 1941-1943

“Perfectly paced and powerfully wrought, this is the story of common men who gave everything for an ideal―America. The product of meticulous research, The Indispensables is the perfect reminder of who we are, when we need it most.”―Adam Makos, author of the New York Times bestseller A Higher Call

“This is an amazing book about not just a regiment but a community. People from Marblehead contributed to every aspect of the American Revolution’s drama, politically and militarily, in the legislature and on the battlefield, on land and at sea. Patrick O’Donnell gives us a fast-paced, exciting look at Marblehead’s people, men and women, Black, white and Native American, soldier, politician and townsperson, Patriot and Loyalist, a community as diverse as the Revolution itself.”―Don N. Hagist, author of The Revolution’s Last Men and editor of the Journal of the Revolution

“As the American colonies started down the road to American states, localities would often unite under their community leaders for the great struggle they sensed they were a part of. Such was the case of John Glover and his band of Marblehead sailor-soldiers. Historian Patrick K. O’Donnell sets forth in a gripping narrative the transformation of this New England town as it moves from protest to armed revolution. It is a fascinating, unique journey of a band of Massachusetts rebels who play a critical role in George Washington’s, and America’s, success and independence. Mr. O’Donnell’s work is a valuable contribution to furthering our understanding of the role of common soldiers and sailors in America’s founding.”―Todd W. Braisted, author of Grand Forage 1778

“Based on meticulous research in primary source materials, Patrick O’Donnell has woven a gripping narrative that captures the extraordinary story of fighting men of whom few Americans have ever heard, but who nonetheless proved themselves ‘indispensable’ to the cause of American liberty.”―Glenn F. Williams, Ph.D., author of Dunmore’s War: The Last Conflict of America’s Colonial Era

“Broadly conceived and beautifully written, The Indispensables is an absolutely gripping book. Authored by the highly respected historian Patrick K. O’Donnell, it explores the story of the community of Marblehead, MA, and its famous Mariners Regiment, led by the determined John Glover, whose sailors and soldiers made a host of valuable military contributions through the critical battles of Trenton and Princeton. Highly recommended reading for anyone wanting to learn more about the real realities of the Revolutionary War.”―James Kirby Martin, co-author of A Respectable Army: The Military Origins of the Republic, 1763-1789

“One of our finest military historians who has few equals as a great storyteller.”―Carlo D’Este, author of Patton, A Genius for War and Eisenhower, A Soldier’s Life

“Few authors have the same kind of enthusiasm and gusto that O’Donnell brings to his topic. His gift is taking the reader from the map room to the battlefield. It’s an exciting, often harrowing, trip worth taking.”―USA Today

“O’Donnell admirably blends a story of ardent farmers, merchants and mariners with a combat story of sharp, bloody engagements . . . An example of combat writing at its best.”―Wall Street Journal, on Washington’s Immortals

“Patrick O’Donnell is blessed with a rare gift for storytelling and a keen empathy for the realities of soldiers in combat. He walks in the footsteps of his subjects like few other historians are able―or willing―to do.”―John C. McManus, Ph.D., author of The Dead and Those About to Die and Deadly Sky

Patrick K. O’Donnell is a bestselling, critically acclaimed military historian and an expert on elite units. The author of twelve books, including The Unknowns and Washington’s Immortals, and a Fellow at Mount Vernon, he is the recipient of numerous national awards. O’Donnell served as a combat historian in a Marine rifle platoon during the Battle of Fallujah and is a professional speaker on America’s conflicts, espionage, special operations, and counterinsurgency. He has provided historical consulting for DreamWorks’ award-winning miniseries Band of Brothers and for documentaries produced by the BBC, the History Channel, and Discovery.