Home Previews Books The Man Behind the Curtain: Inside the Secret Network of George Soros 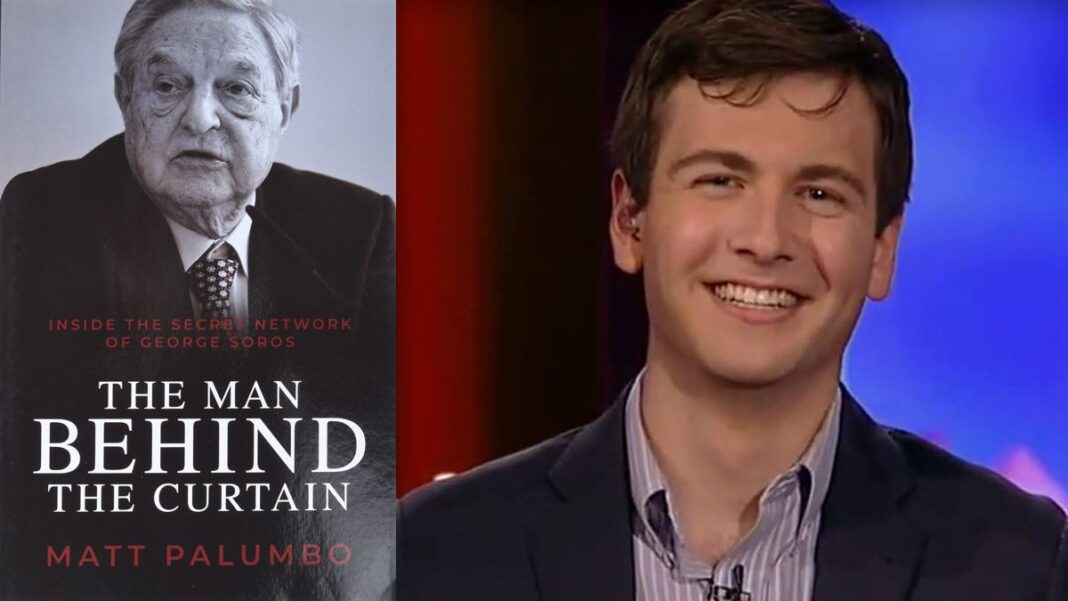 George Soros’ web of influence is documented and exposed.

No one else in modern politics has anywhere near the power and influence of George Soros, both domestically and internationally. Backed by the tens of billions of dollars he’s accumulated throughout his career, Soros has his hand in influencing the media, activist groups, colleges, presidential elections, global elections, local U.S. politics, and much more. Soros has earned himself a reputation as a “boogeyman” character on the right, and nowhere else will you read such an extensive documentation of his influence as in this book.

I’ve written a lot about George Soros, and my eyes were opened by this book.  – Dan Bongino, Host of The Dan Bongino Show and Unfiltered With Dan Bongino

Soros has been demonized, criticized, and ostracized by the political right; now he has been explained, and in so doing exposed. Matt Palumbo shows he is worthy of his position as Dan Bongino’s acolyte in “The Man Behind the Curtain.” Get this book, read this book, act upon the book. – Former Trump Presidential Campaign CEO Steve Bannon

This is a deep, important study of one of the most influential men of our time. The degree to which Soros has infiltrated virtually every aspect of public policy is alarming and should cause great concern for every American. – Former Speaker of the House Newt Gingrich

Matt Palumbo is the author of Dumb and Dumber: How Cuomo and de Blasio Ruined New York, Debunk This!: Shattering Liberal Lies, and Spygate.