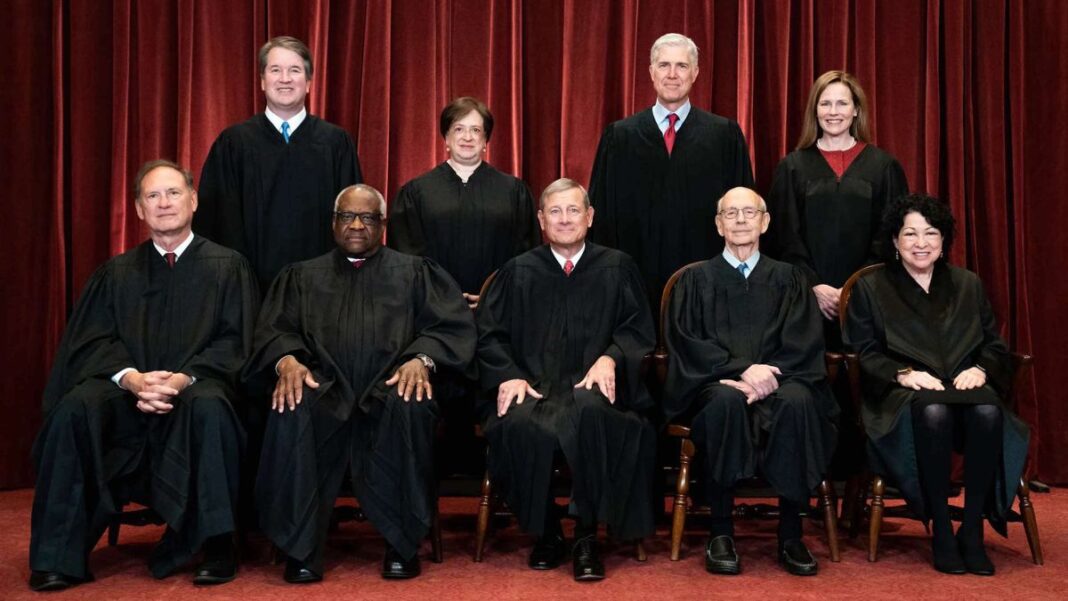 Despite the establishment media’s fact-free description of the current Supreme Court as “conservative,” it really isn’t. But its decisions during the term just ended show that it’s no longer liberal.

A year ago—on July 4, 2021—The Epoch Times published my column assessing the court’s performance during the term just ended. I pointed out that its decisions didn’t support the common view that the bench consisted of a 6–3 conservative majority. I noted that although six members of the panel adhered to various mixtures of originalism and respect for precedent, none was a conservative activist in the sense that the other three members (Breyer, Kagan, and Sotomayor) were liberal activists. The court’s last true conservative activist was James McReynolds, who retired in 1941.

My column showed that the court’s major pronouncements during the previous term mostly stuck to the pattern created by “progressive” majorities from about 1940 to about 1990. That pattern had three components:

After surveying the cases last year, I concluded, “All three [liberal] patterns appear in the constitutional cases decided this term. Indeed, the Roberts court is proving to be more ‘progressive’ than the Rehnquist court of the 1990s and early 2000s.”