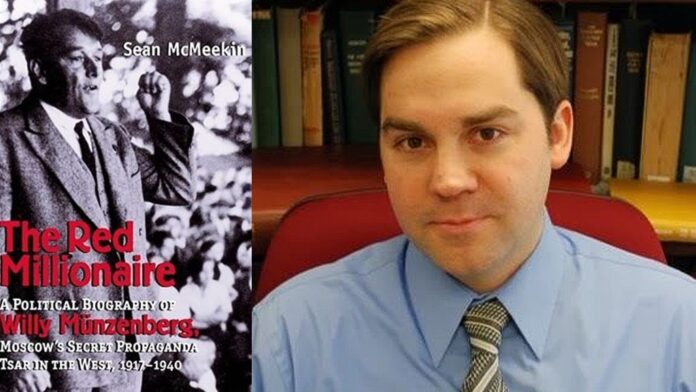 “All news is lies and all propaganda is disguised as news.” ~ Willie Münzenberg, Communist and one of the founders of the Frankfurt School

“We must organize the intellectuals and use them to make Western civilization stink. Only then, after they have corrupted all its values and made life impossible, can we impose the dictatorship of the proletariat.” ~ Willie Münzenberg

A committed Communist and a tireless con-man, Lenin’s friend and the Soviet Union’s most persuasive myth-maker, Willy Münzenberg changed the course of European history

Willy Münzenberg, an Old Bolshevik who was also a self-promoting tycoon—became one of the most influential Communist operatives in Europe between the World Wars. He created a variety of front groups that recruited well-known political and cultural figures to work on behalf of the Soviet Union and its causes, and he ran an international media empire that churned out enormous amounts of propaganda and raised money for Communist concerns.

Drawing extensively on recently opened Moscow archives, McMeekin describes how Münzenberg parlayed his friendship with Lenin into a personal fortune and how Münzenberg’s mysterious financial manipulations outraged Social Democrats and lent rhetorical ammunition to the Nazis. His book sheds new light on Comintern finances, propaganda strategy, the use of front organizations to infiltrate non-Communist circles, and the breakdown of democracy in the Weimar Republic. It is also an engrossing tale of a Communist con man whose name once aroused fear, loathing, and admiration around the world.

An impressive piece of work, clearly the most detailed and thorough account of the life and machinations of an important Communist functionary.”

Sean McMeekin is assistant professor of international relations and a founding faculty member of the Centre for Russian Studies at Bilkent University, Ankara, Turkey.