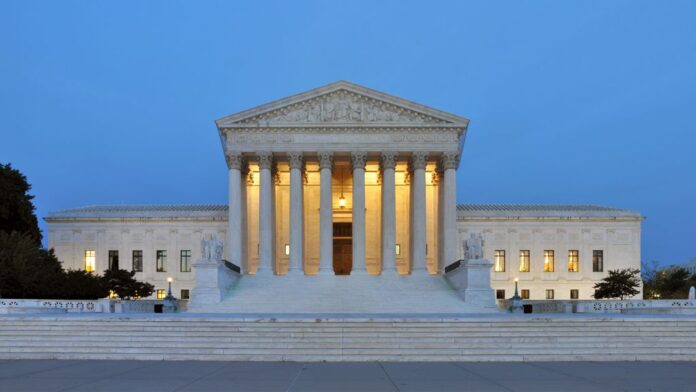 Today the U.S. Supreme Court begins its second full term since President Bush’s appointments of Chief Justice John Roberts and Associate Justice Samuel Alito. Given the complaints made by many on the left and in the press about the Court’s alleged “radical turn to the right” last year, now is a good time to consider how the Court ought to decide its constitutional cases.

This question is made all the more urgent by the fact that on Jan. 20, 2009, six of the nine current justices will be over the age of 70, an age at which many people either retire or begin to wind down their affairs. There is thus a very real possibility that the next president could appoint as many as four justices in his or her first term alone. We may be getting ready for the biggest turnover in the membership of the Supreme Court since Richard Nixon’s election in 1968 brought the Warren Court to an end.

I submit that the proper basis on which we should evaluate the Court’s performance in this term and in the future is not whether it reaches “conservative” or “liberal” results in constitutional cases, but whether it reaches results that are faithful to the Constitution as written and understood at the time of its adoption. Likewise, the test for presidential candidates on the judiciary should be whether they can be trusted to nominate Justices who will follow our written Constitution.

The belief that judges and Justices should decide constitutional cases on this basis is known in academic circles as “originalism.” This approach may seem so obvious that it should hardly need a name, let alone a defense.

Nevertheless, analysis of whether this was or was not what the Justices did was strikingly absent from most of the discussion about the Court’s last term. Indeed, the possibility that judges and Justices can even decide cases on the basis of the Constitution as written is the view only of a small, though growing, minority in the legal academy. Originalism is often dismissed as either hopelessly naïve or as cynical obfuscation.

Here are a few reasons why, notwithstanding academic skepticism, and the desire for the Court to reach outcomes that the Constitution will not support, we all ought to hope that the Roberts Court and the Justices appointed by the next president will be originalists.

For starters, the long-accepted rule for interpreting legal texts is to construe them to have the original public meaning that they had when they were enacted into law. This is the way we interpret statutes, contracts, wills and even old Supreme Court opinions.

No leftist ever says of Roe v. Wade: Let’s let President Bush’s lower court judges construe that opinion in light of the “evolving standards of decency that mark the progress of a maturing society.” Leftists and indeed all non-originalists would be utterly outraged if this were to happen.

In fact, much of the complaining by the left about the Supreme Court’s decision last spring to uphold the federal partial birth abortion statute was that it was not a faithful effort to apply the Court’s abortion precedents as they had previously been understood. Many on the left claimed this was a profound threat to the rule of law.

There is no good reason, however, to think that the rule of law requires us to follow newly-minted Supreme Court precedent but not the Constitution. To the contrary, it is crystal clear that there will be many times when the exact opposite is the case.

The Court’s own power to decide constitutional questions derives only from the Constitution’s status, together with treaties and federal statutes, as “the supreme law of the land.” The Constitution’s character as law makes it binding on the courts of law, including the Supreme Court. This is what empowers those courts to decide what the Constitution means.

This authority is also a practical necessity. Because the Court is composed of human beings, it is inevitable that it will make mistakes. This includes big mistakes about the meaning of the Constitution that, left uncorrected, work a continuing, significant distortion on how our government functions. This is exactly what happened, for example, in Plessy v. Ferguson, where the Court upheld a law requiring segregated rail cars that violated the words of the Fourteenth Amendments.

One solution to a mistake like Plessy might be a constitutional amendment. But while amendments to overturn Supreme Court decisions have been proposed thousands of times in the 218 years of American history, only four have passed. A constitutional amendment can currently be blocked by one house of the legislature in 13 states. The 13 least-populous states comprise less than 5% of the U.S. population. In other words, an amendment could be supported by 95% of the population and yet it could still be blocked, even if all the amendment did was to restore the original meaning of the Constitution.

Thus, a constitutional amendment outlawing segregated schools, for example, would never have passed in 1954. In situations like this, fidelity to the Constitution and the rule of law absolutely demanded that the Supreme Court be able to correct its own mistake by, as in this situation, overruling Plessy root and branch.

This in turn leads to a third argument for originalism. Non-originalist judicial review severely distorts the allocation of powers that is central to the Constitution. That document limits and defines powers by assigning them carefully and precisely to different federal and state institutions.

Originalists believe it is critical that these constitutional allocations of power be respected. We think the Constitution is enforced by the Madisonian system of checks and balances, of separation of powers, and of federalism. We do not think that the Supreme Court is some kind of Supreme Council of Ayatollahs that can do anything it wants do on a 5-4 vote.

No sane framer of a constitution would ever have written a document that required bicameralism and the president’s signature to pass ordinary laws, while leaving the most sensitive issues of morality and religion up to an unelected, unaccountable, life tenured, elite group of judges to be decided on a 5-4 vote. Doing this concentrates absolute power in one place, when the whole thrust of the U.S. Constitution was to disperse and balance power through the system of check and balances. It is legitimate for courts to decide such issues only when they are enforcing the Constitution as originally understood and ratified by the people, and not enforcing the justices’ own views as to what is good public policy.

Mr. Calabresi is a cofounder of the Federalist Society, a professor of law at Northwestern University, and the editor of the book, Originalism: A Quarter Century of Debate (Regnery).