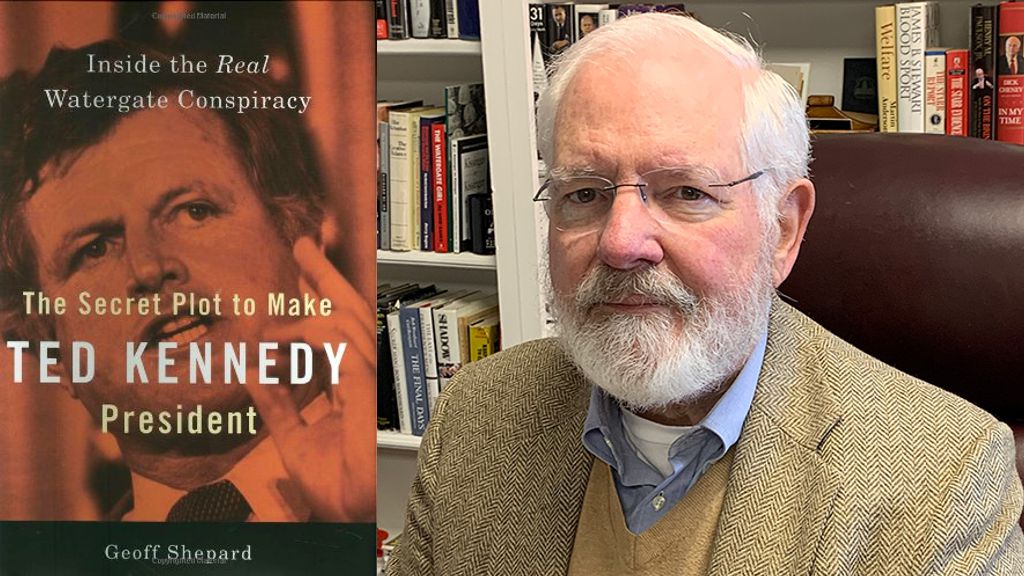 The controversial book that will change how people think about Watergate

Drawing on his insider knowledge and previously unpublished documents, Geoff Shepard shows that it didn’t take long for Ted Kennedy and his allies to smell blood after the Watergate break-in. They set out to exaggerate and prolong the scandal, not merely to destroy Richard Nixon, but to undermine the entire Republican Party and pave the way for another Kennedy presidency in 1976.

In the process, working closely with a willing media, they pioneered the politics of personal destruction, which has tarnished our country ever since.

Shepard reveals how this Kennedy conspiracy included members and staffs of the Senate, the House, the Justice Department, and the Special Prosecutor’s office. They used delay tactics and obfuscation to postpone the indictments and avoid trials of the handful of real Watergate criminals.

Shepard argues that the abuses of power by Kennedy’s cronies dwarf those of the administration they savaged. Among those he singles out for reevaluation are Republican turncoat John Dean, Mark “Deep Throat” Felt, reporter Bob Woodward, and a young lawyer for the House Judiciary Committee named Hillary Rodham.

Between John Dean’s efforts to gain immunity from prosecution for his central involvement in the Watergate break-in and plot to cover it up and Ted Kennedy’s efforts to redeem his political career after Chappaquiddick lies the real truth behind the Watergate scandal, alleges Shepard, a former Nixon White House staffer. Drawing on extensive research, Shepard contends that Kennedy used his subcommittee to begin an investigation and funnel information to the committee officially charged with looking into the Watergate scandal. Kennedy insiders were all part of a Camelot conspiracy to bring down President Nixon and harm the Republican Party to such an extent that Kennedy would be primed to win a bid for the presidency in 1976, alleges Shepard. Although Dean has come to be regarded as one of the heroes of the era, Shepard asserts that once Dean, the president’s counsel, decided to aid the investigation, he became the villain, breaching attorney-client privilege and releasing government secrets. All the drama of Watergate is here: Deep Throat, the 18½-minute gap on the Nixon White House tapes, the Senate posturing, and the impeachment inquiry. Shepard is thorough in his research and passionate in his viewpoints but has no compunction about imagining events and motivations when they are not documented and is reluctant to provide facts and let readers come to their own conclusions. Still, Shepard brings back vivid memories of an acrimonious time and raises some interesting questions. –Vanessa Bush

Geoff Shepard worked in the Nixon White House for more than five years, first as a White House Fellow, then as a senior member of the Domestic Council staff. After leaving the Ford administration in 1975, he spent the next thirty years as a corporate lawyer, primarily in the insurance industry.