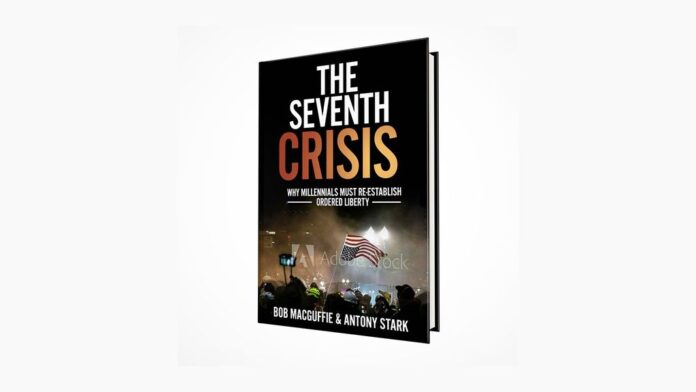 The United States is in the midst of a consequential historic Crisis, the resolution of which will set its course for the balance of the 21st century and beyond. The rising Millennial generation will soon be called upon to shoulder the mantle of societal leadership, and they must be prepared to lead the country from the Crisis to a new era of American greatness.

If one subscribes to the view that history is cyclical and driven forward by the generations who come of age during its pivotal events, then the Millennial generation is being called upon to take the leadership mantle and deliver us from America’s current Crisis.

Midway through the first decade of the 21st century America slipped into a national crisis, the Seventh Crisis the Anglo-American world has faced since the time of the discovery of America by Columbus. The nature of the Crisis is political, cultural, economic, and philosophical. Those antagonizing the Crisis have for decades been growing in influence within government, academia, big business, media and entertainment. They think the time has come to realize the fundamental transformation of America into their fatally flawed collectivist vision of an authoritarian state.

Is this the destiny of a constitutional republic which grew to be the richest, most powerful and culturally influential country in history? Or will the Millennials grasp Ordered Liberty as their animating spirit and lead the country back to the political, cultural and economic foundations that made it admired throughout the world.

This book uncovers the history and roots of the Seventh Crisis and illuminates the spirit of Ordered Liberty, so that Millennials will be well equipped for the challenges that history is about to put before them.

They attended Queens College in NYC in the early seventies, and at that time the city university system was already heavily populated with leftist professors and administrators. They attended many history classes taught by newly minted “red diaper” professors. They cut their teeth challenging the Leftist version of American history by aggressively pushing back in those classrooms against the budding indoctrination now prevalent across the nation’s university systems.  An aggressive prosecution of the facts put those young Marxist professors in their place then, and can do the same today. The authors have closely studied history and followed the nation’s political developments ever since. Most of their premises regarding the American political parties and system they developed then, still maintain today. Those premises have served as a reliable political compass, guiding their understanding over the past fifty years.

Bob MacGuffie was a financial executive over a forty year corporate career. He gained brief national notoriety in August 2009 when his Tea Party rallying memo, “Rocking the Town Halls,” was cited by the national press as the inspiration for the raucous eruptions in town halls across the country. Several TV news and talk radio appearances followed. He co-led the CT Tea Party movement and was tapped as a thought-leader within the national movement. He addressed the massive Tea Party rally at the nation’s capital in September 2010. He was a member of the national Tea Party Debt Commission in 2011, which presented its recommendations to the Senate and House Republican leadership.  Bob also served as head of Senator Ted Cruz’s presidential primary campaign in CT in 2016. He has penned dozens of Op-Eds and LTEs, and has been guest speaker at many Conservative gatherings and dinners across Connecticut.

Antony Stark has had a long career as a project manager in several large financial institutions and media outlets, including one of the three major broadcast television networks. He and Bob formed the tea party group Right Principles in late 2008, and in 2010 Tony wrote the “Tea Party Declaration of Independence” which was adopted and publicized by over 60 Tea Parties across the country. It received significant electronic and print media coverage and was generally perceived by many in the Tea Party Movement as their Mission Statement. His work has been published under various pseudonyms in the American Thinker and other internet publications. Tony campaigned for Senator Ted Cruz in 2016 and worked with the campaigns of many successful conservative candidates for office. He is a prolific speech writer for conservative candidates and conservative causes.