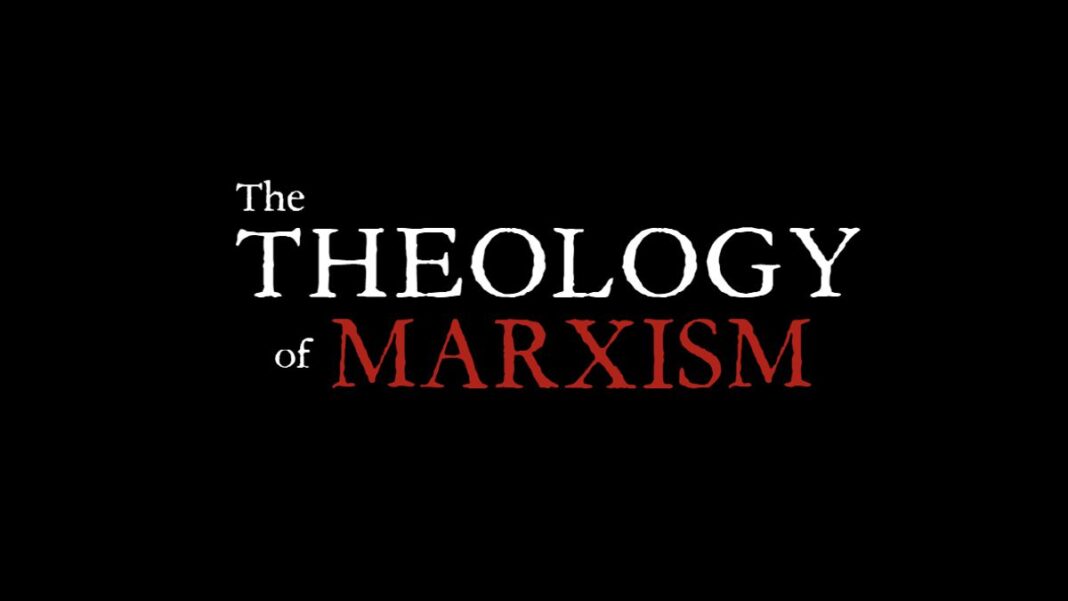 Michael O’Fallon traces through the “gain of function of totalitarian ideology” from the reformation to the present day, illuminating the signposts of developmental collectivism and global objectives.

1. The Causes of Things | Michael O’Fallon

In this wide-ranging presentation from The Theology of Marxism Conference, Sovereign Nations Founder Michael O’Fallon explains how each pillar of our civilization has been captured by those that would seek to disrupt and dismantle the institutions of our culture.

Many of the Christian leaders of seminaries, denominations and para-church ministries, who in the past propagated CRT and intersectionality, are still holding seats of power and influence: denying their own past actions to poison the minds of those under their influence. How are these men and women still in positions of influence? How can they pivot on their past words and actions without acknowledging their past errors?

James Lindsay and Michael O’Fallon discussed these issues during their first of four panels at the Sovereign Nations Conference in Phoenix, AZ. Their suggestion? Rhetorically bomb their bailey and steal their bailey and leave the dishonest merchants of poisonous ideology without a safe haven.

Marxism is a theology, and its religion is Communism. That we have failed to understand this fact over the 175 years since Marx wrote the early drafts of what he originally called the Communist Confession of Faith and published in by the title The Communist Manifesto is indisputably one of the most damaging analytical errors in human history, if not the single worst. It’s time to set the record straight. Marx laid out an evil theology, and the practice of his religion is a liturgy of death and destruction.

To understand the Marxist theology, we have to understand its theological antecedent, which was laid down by the German systematic theologian, speculative idealist, and Hermetic alchemist Georg Wilhelm Friedrich Hegel. His theology is a dialectical one, the father of what Marx turned into dialectical materialism, and it is the combination of two mystery religions. Hegel, building on Jean-Jacques Rousseau (Father of Leftism), Immanuel Kant, and others dialectically synthesized Hermetic alchemy and Gnosticism, hammered it into a Christianity-based metaphysical framework, and mislabeled it a “system of science.” Thus we arrive at what has been variously called “Scientific Gnosticism,” “Gnosticism in the Modern Era,” and “Dialectical Leftism,” which outlines a broad system of faith in man’s necessary role as a transformer of reality into its utopian idealized state at the End of History.

In this deep-diving presentation from The Theology of Marxism Conference, New Discourses Founder James Lindsay explains for the first time in decades and in unprecedented clarity how Rousseau and Hegel architected the seeds of a broad Dialectical Faith of Leftism that Marx codified into his own anti-human theology.

4. The Fracturing of Faith | Michael O’Fallon

In the fourth Session of Sovereign Nations’s “The Theology of Marxism” conference, Michael O’Fallon addresses the ways in which the church has been gradualistically decoupled from Biblical doctrine over the past 15 years.

Jon Benzinger, author of Stand: Christianity vs Social Justice and Pastor of Redeemer Church in Gilbert, AZ, joined Michael O’Fallon and James Lindsay as they discussed the incursion of Marxism into Evangelical Christianity at the Sovereign Nations Conference in Phoenix, AZ.

6. Marx’s Ontology of Man and the Telos of History | James Lindsay

For a century and a half, people have failed to recognize Marxism for what it is, a theology. Marx’s emphasis on Atheism and strict materialism in all things have obscured from view what Marxism really is. Well, it is not a social theory. It is not an economic theory. It is a theology that sees economic and related social conditions as that which shapes human lives and, if born again into the faith, compels them to seize those means of human production and repurpose them to achieve the Marxian eschatology. That eschatology goes by a few names, but the most identifiable are “Communism,” “Liberation,” and “Social Justice.”

Standalone Article: Marx’s Ontology of Man and the Telos of History | James Lindsay

In this third and final panel of Sovereign Nations’s The Theology of Marxism Conference, Michael O’Fallon sits down live on stage with Dr. James Lindsay—renowned scholar, self-proclaimed agnostic, and a new convert from liberalism to conservatism (as confirmed exclusively in this episode), as well as Charlie Kirk, the Founder and President of Turning Point USA. They discuss the roots of Marxism, the Woke Rotting of Corporate America, ESG, Elon Musk & Tesla, how to crush your political enemies, the New Right, Klaus Schwab’s Great Reset, and how it all comes together to form an urgent warning sign for American conservatives to wake up, stand up, and fight back for the future of our republic.

Faith is the bedrock on which many in our nation have built and framed their lives. But just like every other pillar of our nation, faith is being deconstructed and reconstructed by the same Marxian actors that have envisioned the enviro-communo-fascist state. Sadly, many of those trusted to guard our institutions of faith have been lured into the false promises of the societal reconstructionists. Leaders in the Southern Baptist Convention, the Presbyterian Church in America, Pentecostals, Roman Catholics and others have been brought into the schemes and strategies to “reset” our world.

Join Michael O’Fallon as he explores the “how” of our arriving at this troubling time of treachery and evil.

9. The Role of Consciousness and the Evolution of the Gospel of Marxism | James Lindsay

In this ninth session of Sovereign Nations’s “The Theology of Marxism” conference in Phoenix, Arizona, in June 2022, Dr. James Lindsay discusses the process of rebirth in the theology of Marxism, “conscientization,” and the next turn of the Leftist Dialectic, “Sustainability.”

In that Marxism is a theology that gives birth to a religion of Communism, it has to also have a process of conversion. That process was not well-developed under Karl Marx, but it grew over the intervening century and a half and came to be known as “conscientization.” As Marxism entered its cultural turn in the 1920s, Theorists like Gyorgy Lukacs recognized that “class consciousness” unfolds in stages and is educable, though the last steps remained elusive and mysterious. By the 1980s, Theorists like Paulo Freire developed the process of conscientization further into a critical and even utopian consciousness that can be used to mobilize converts to transform the world. As we learn from the United Nations and its Agenda 2030, however, the next phase in transformation is to mobilize this utopian consciousness to create a sustained regime branded as a “sustainable and inclusive future.” Thus, they forward 17 Sustainable Development Goals “to transform our world” and are beginning to gear conscientization in that direction.

Standalone Article: The Role of Consciousness and the Evolution of the Gospel of Marxism | James Lindsay

The purpose of Sovereign Nations is best understood as a prolegomenon to the formation of a new, and not just sentimental, conservative and Constitutional Republic. Sovereign Nations serves as an exploration of the intellectual viability of the conservative political habitat, with a view to establishing the groundwork for the construction and elaboration of a broader and more comprehensive vision for the movement in relation to the exegetical intent of our founders through our national founding documents. The essential precondition for a renewed conservative engagement with intellectual life is confidence in its own coherence and credibility.

It is our hope to engage with the ideas and concepts that are at the center of progressivism and supranationalism without descending into ad hominem argumentation. We would seek to be upfront with our disagreements, respect our philosophical and ideological opponents, and look forward to creating a common ground of open discussion.