“Weeks passed and then more weeks. [Soviet-backed leader Mohammad] Najibullah, his cabinet, and his army held firm. Amid heavy snows, the Afghan military pushed out a new defensive ring around the capital, holding the mujahedin farther at bay,” author Steve Coll wrote in “Ghost Wars,” the Pulitzer Prize-winning history on Afghanistan in the 1980s and ’90s. “As March approached, the Afghan regime showed no fissures.”

The Soviet-backed government survived for three more years, until the Taliban captured Kabul in 1992. Some observers say the Najibullah regime could have lasted indefinitely had the Soviet Union not collapsed in 1991—taking with it the remaining financial, intelligence, and arms it had been providing.

Commenting on the failure to accurately assess the situation in Afghanistan in the early 1990s, a CIA analyst told his colleagues that “not for the first or last time the CIA’s predictions were proving wrong,” according to Coll.

Indeed, fast-forward about three decades, and U.S. officials are dealing with another inaccurate assessment of the situation in Afghanistan—this one on the opposite side of the coin. Leading up to last week, the State Department and others had insisted that the Afghan government would continue fighting even after the United States withdrew its forces, but the U.S.-backed regime collapsed before the last American boot left the ground.

The stark contrast between the two events prompts the question: Why did the Soviet-backed government of the 1980s and early 1990s fare so well compared to the United States’ failed client state?

“I’ve actually studied that quite a bit over the years—and that’s kind of a cautionary tale, and kind of an embarrassment for us, frankly,” retired Lt. Col. Daniel Davis told The Epoch Times during an Aug. 16 press conference hosted by Defense Priorities.

According to Davis, the Russians had a coordinated, organized plan for withdrawing from Afghanistan—and they stuck to that plan.

“The then-premier of the Soviet Union, [Mikhail] Gorbachev, concluded in the 6th year that the war was unwinnable, and so they spent another year coming up with a withdrawal strategy. They did it in a coordinated and predictable time over a three-year period, so that they then completed their withdrawal in the 10th year [of the war],” said Davis, a senior fellow with Defense Priorities who was deployed twice to Afghanistan as a Marine.

“And all along they were bringing up the Afghan military and the Afghan government of their choice, so they’d be effective afterward.”

Defense Priorities senior fellow Gil Barndollar—who, like Davis, was deployed to Afghanistan twice during his time in the Marines—said another advantage for the Soviet Union was that it had a presence in Central Asia dating back to the 1920s. 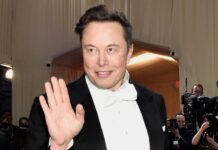 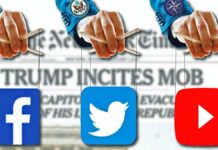