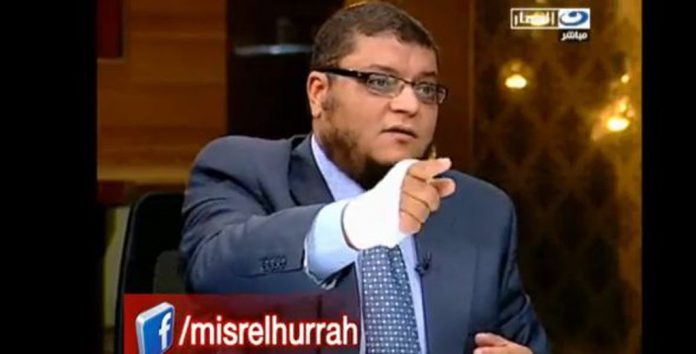 Attacks on U.S. Embassies had very little to do with the latest film and much more to do with the old story of the Muhammad Cartoon and the failure of Muslims to prosecute internationally the culprits who drew the Muhammad cartoons. This will be another attempt to change the laws globally.

We have moved to review with Mr. Rifai all the legal procedures today by which we created The Voice of Wisdom Coalition (I’itilaf Sawt al-Hekma); it will hold accountable everyone who insults Islam locally and internationally, in accordance with every country’s laws. We all know the problems Yasser Al-Habib had in London and after that in Berlin… in Germany, an extremist group was allowed to publicize cartoons that insult the prophet in front of the Salafist Mosque in Berlin, through a legal decision. So what we did was to ask Sharabi Mahmoud to reject this legal decision on behalf of the Egyptian people who are Muslim; for this reason, we created this coalition. We also made an official request from the Church in Egypt to issue a public announcement, to state it has nothing to do with this deed.