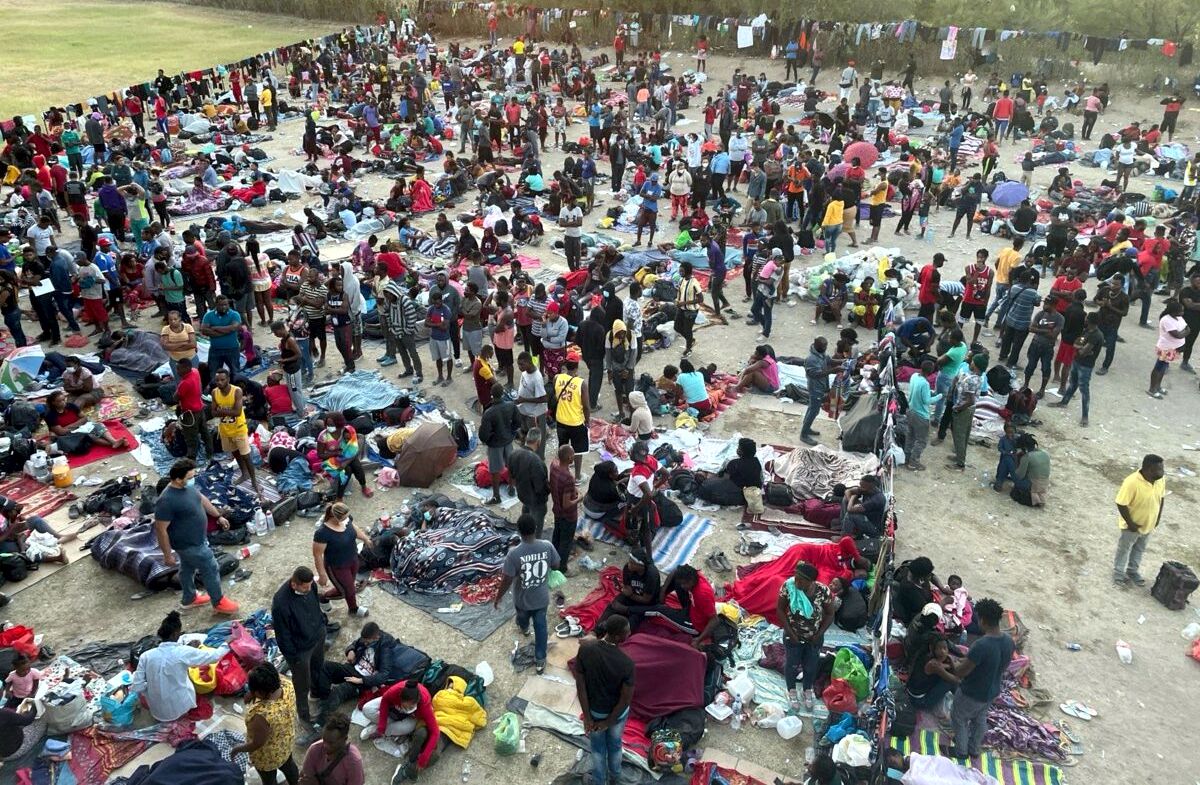 DEL RIO, Texas—Thousands of illegal immigrants, mostly from Haiti, are congregating under a bridge in Texas while they wait to turn themselves in to the U.S. Border Patrol.

Immigrants were spread out over a span of dirt, many sitting or lying on blankets. Others stood, chatting with companions.

Some 8,000 illegal immigrants, including Haitian, Cuban, and Venezuelan nationals, are in the area, a Border Patrol source told The Epoch Times.

The number increased by about 2,000 overnight, sources said.

Other immigrants are making their way towards Del Rio through Mexico.

It’s not clear why they’ve chosen Del Rio, though migration patterns show that people from certain countries have favored routes into the United States. Haitians, especially, often choose to cross the Rio Grande River to enter the Texas border town.

The illegal immigrants are waiting in the area to turn themselves in to U.S. border agents, who will transport them to Border Patrol facilities for intake and processing, a Customs and Border Protection (CBP) spokesperson told The Epoch Times in an email this week.

Because of the massive influx of aliens, U.S. officials have set up drinking water, towels, and portable toilets under the bridge, leading many to congregate there.

Chatter about another 20k on the way, unconfirmed. Mostly Haitians, some Cubans, Venezuelans.

The spokesman did not pick up the phone or return voicemails or an email on Thursday as the number of illegal immigrants continued to swell.

“It’s completely predictable because Biden is basically inviting in illegal immigrants,” Mark Krikorian, executive director of the Center for Immigration Studies, a nonpartisan think tank that advocates for a pro-immigrant, low-immigration system, told The Epoch Times.