Home Opinion Speaking Out Time for Clarity: Where are we and where are we going as... 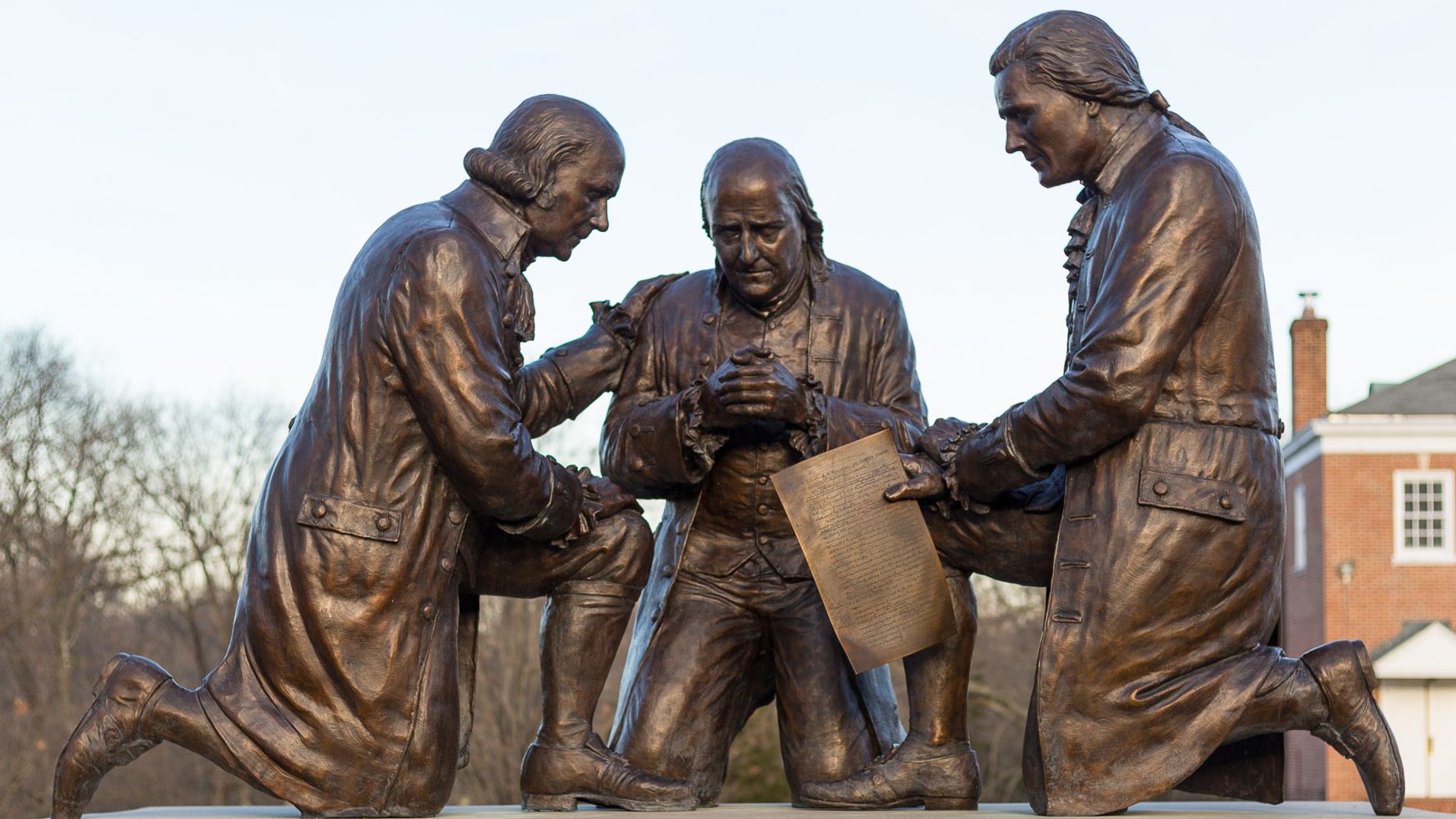 For over 244 years, the United States was a place that welcomed and fostered differing opinions. In stark contrast to every other current or past society, the nation was designed to be a “debate hall” that was known for freedom of speech, for economic freedom and for reverence for the rule of law. The belief in the God of Abraham, Isaac, and Jacob and the teachings found in the Bible are what gave life to those foundational concepts.

I have come to understand there are really only two sides in this fight. The godly and the godless. It is time for the godly to realize the debate is over. We are now at war. How do I know? Because the godless are burning down the debate hall. It is clear that the two sides are completely and irrevocably incompatible with one another.

John Adams saw this coming and correctly commented, “Our Constitution was made only for a moral and religious people. It is wholly inadequate to the government of any other.” It is undeniable that he was referring to the morals and religion found in the Bible. For over two centuries parents educated their children to love and respect these founding concepts – oftentimes directly and literally out of the Bible.

When I was growing up, it was common to hear the words, “I don’t agree with what you are saying, but I will fight to the death for your right to say it.” When is the last time you heard those words? The godly and the godless both believe that clarity and openness make it easier to make good decisions. That is why the godless lie and do everything in their power to suppress the speech of those they oppose. The godless know that if their real agenda were exposed, the godly would become aware they are in an actual war and fight back.

It has become clear that the reason the godless clamored for freedom of speech, the right to peaceably assemble, and the right to religious freedom wasn’t because they love the concepts. They were in favor only so long as they were not in power. It should give everyone pause that the godless apparently now feel powerful enough to literally and openly say they are against free speech, against religious freedom, and against the rule of law. They are now pushing to defund the police, which simply means that they are actively removing the final remaining protective barriers from their complete take-over of our society.

Does anyone actually believe that once the godless achieve complete control that they will institute some kind of utopia and peaceful society? History doesn’t just suggest otherwise – it screams it. The godless control the mechanisms that create culture and that attach value to ideas. For all intents and purposes, they own and control all of TV broadcasting and print media. They own and control every single mainstream social media platform. They own and control most entertainment sources, from movies to sports. In addition, they control most colleges and universities, and almost every school system in the country. They control every single major metropolitan government in the country as well as most state governments. On top of that, they also control the deep state bureaucracies and agencies that exert huge amounts of unelected power.

It is worth pausing and being thankful for the swearing in of Amy Coney Barrett. That was a definite win. But, understand that the godless never have and never will quit pushing their agenda. It is up to us to take action to push them back. They are making great strides and the stakes are literally life and death on a global scale.

By the way, no one is coming to save us. It is up to us to save ourselves. There are no bunkers deep and strong enough to protect us. We can’t just wait it out and hope someone else takes care of this. 28 years ago, I fell in love with and married a girl from Texas. I also fell in love with Texas. Everything about it. The history. The culture. The way Texans love not only freedom but share a common heritage of the willingness to fight for freedom.

It is important to note that every other liberty-loving American recognizes Texas as the last stand. The rest of the country is looking to us because they know if Texas falls, the rest of the country falls. Davy Crockett said, “You may all go to hell. I am going to Texas.” The good news is that we are already here. We just have to take a stand. It is time to bring the fight to the godless before we find that the fight is over.