Bill Gates, chair of the Maricopa County Board of Supervisors, confirmed that he was moved to an undisclosed location for safety reasons amid security concerns in connection to the 2022 midterm elections.

While speaking on KTAR News 92.3 FM’s “Arizona’s Morning News” on Nov. 21, Gates noted that the condition hasn’t interfered with his work in the state’s election system.

“I’m not in hiding … but I’ll put it this way. When the sheriff suggests that I spend the night somewhere else, I do it,” Arizona’s top election official told the station.

Gates was asked on the show to describe what the incident has done to him and his family emotionally, and also if he’s considering leaving public office following threats of violence.

“I’ve been an elected official since 2009 and here’s the reality: You’re not going to make everyone happy,” he said. “I was elected and was privileged to be reelected by my constituents in 2020 and I’m going to continue to serve.”

Gates said disruption to his family “has been minimal,” adding that the issue has been “blown out of proportion.” He also underscored that the situation did not have any impact on his official duties.

“This isn’t about me at all. I’m going to be fine. My family is going to be fine. This is not impacting me doing my work on the election, or generally, any one of the 50 lines of business that we’re in at Maricopa County,” Gates said.

“Threats of violence should never be normalized, of course, and I am, in particular, more concerned with our elections workers who have been dealing with this … not only here in Maricopa County but, really, nationwide for the past two years,” he added.

Jason Berry, a Maricopa County spokesperson, told CNN that Gates moved locations after there was a specific threat made against him on an undescribed social media platform. He was under the protection of the Maricopa County Sheriff’s Office and stayed at the undisclosed location for just one night. 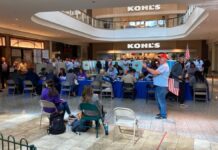 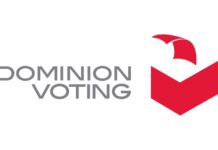