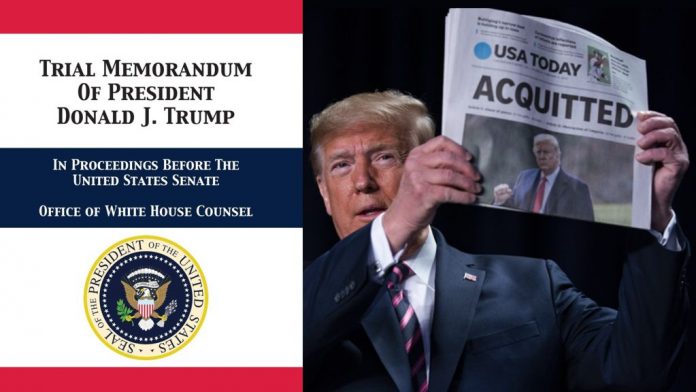 The Articles of Impeachment now before the Senate are an affront to the Constitution and to our democratic institutions. The Articles themselves–and the rigged process that brought them here–are a brazenly political act by House Democrats that must be rejected. They debase the grave power of impeachment and disdain the solemn responsibility that power entails. Anyone having the most basic respect for the sovereign will of the American people would shudder at the enormity of casting a vote to impeach a duly elected President. By contrast, upon tallying their votes, House Democrats jeered until they were scolded into silence by the Speaker. The process that brought the articles here violated every precedent and every principle of fairness followed in impeachment inquiries for more than 150 years. Even so, all that House Democrats have succeeded in proving is that the President did absolutely nothing wrong.

Jay Sekulow is Chief Counsel of the American Center for Law and Justice (ACLJ), one of the most prestigious law firms in the country. He is part of the Office of the White House Council for President Donald Trump, an accomplished Supreme Court advocate, renowned expert on religious liberty, a number 1 New York Times-bestselling author, and a respected broadcaster.