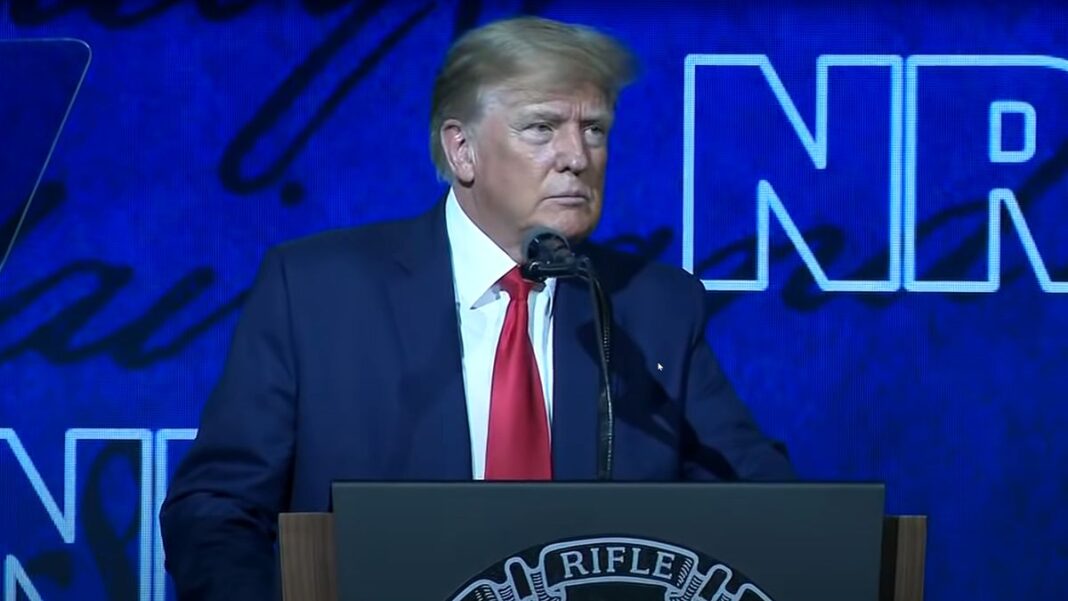 Former President Donald Trump on Friday called for a “top to bottom security overhaul” at schools nationwide after 21 people died at a mass shooting in Texas earlier this week.

Trump condemned the May 24 shooting at Robb Elementary School in Uvalde, calling it a “heinous massacre” and a “savage and barbaric atrocity that shocks the conscience of every single American.”

He called for a brief moment of silence while he read out the names of all 21 victims who perished that day.

“The monster who committed this crime is pure evil, pure cruelty, pure hatred. Absolute pure hatred,” Trump said. “While those he slaughtered are now with God in heaven, he will be eternally damned to burn in the fires of hell.”

“Every time a disturbed or demented person commits such a hideous crime, there’s always a grotesque effort by some in our society to use the suffering of others to advance their own extreme political agenda,” he said. “Even more repulsive is their rush to shift blame away from the villains who commit acts of mass violence and to place that blame onto the shoulders of millions of peaceful, law-abiding citizens who belong to organizations such as our wonderful NRA.”