Home News TRUMP Trump on Afghanistan Withdrawal: ‘China Is Going to Have Bagram’ 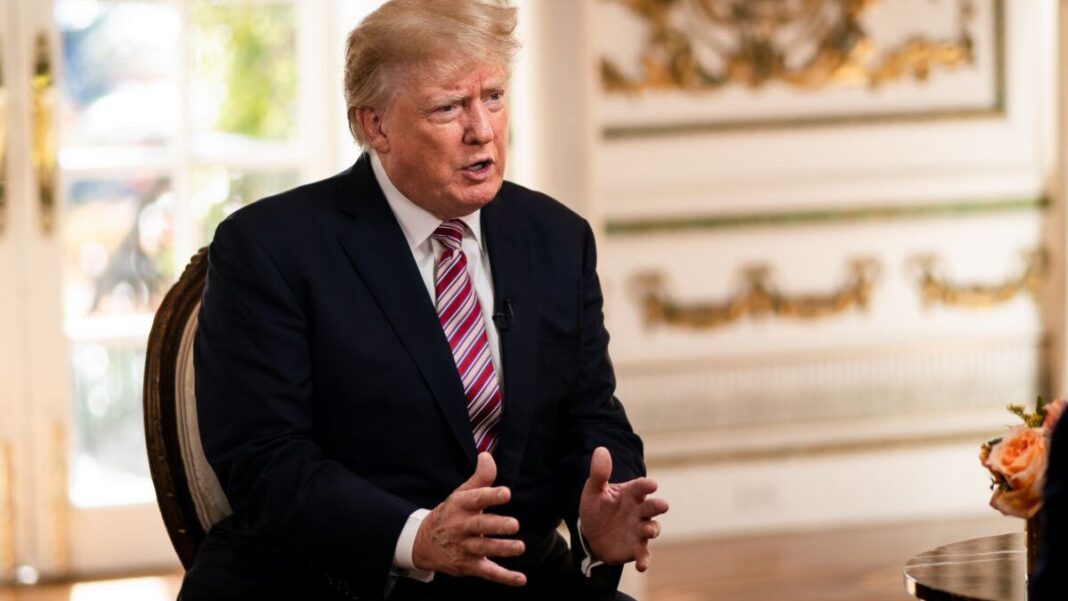 Former President Donald Trump says the United States should have never abandoned Bagram Airfield in Afghanistan last year, given its strategic location in relation to China.

“I would have kept Bagram; it has always been my plan to keep Bagram,” Trump told former top White House aide Kash Patel on his EpochTV’s “Kash’s Corner” program. The interview will premiere at 8 p.m. Eastern on Feb. 7.

“It’s right next to China. It is one hour away from where they build their nuclear weapons.”

“How can you lose Bagram?” Trump asked during the interview, before adding “China is going to have Bagram.”

Bagram Air Base, the largest airfield in Afghanistan, was the heart of American military power in Afghanistan for nearly two decades before it was taken over by the Taliban last year. One of the construction projects completed by the United States at the airfield is a 12,000 foot (3,660 meters) runway, which opened in 2016 at the cost of $68 million. The airbase is about an hours’ drive from the Afghan capital Kabul.

The U.S. airfield was determined by the Pentagon to be neither tactically nor operationally necessary, Chairman of the Joint Chiefs of Staff General Mark Milley told a congressional hearing in late June 2021.

A recent report by the Federation of American Scientists (FAS) revealed that China has been secretly building three missile silo fields near Yumen, Hami, and Orodos in western China, the region that neighbors Afghanistan. The report concluded that China is engaging in an “unprecedented nuclear buildup” and China’s total Intercontinental ballistic missile force “could potentially exceed that of either Russia and the United States in the foreseeable future.”

Dan Steiner, a retired U.S. Air Force colonel and global strategist, previously told The Epoch Times that keeping Bagram airfield, given its proximity to China, would have given the United States a “strategic advantage” in contending with threats posed by Beijing.

By Frank Fang and Kash’s Corner