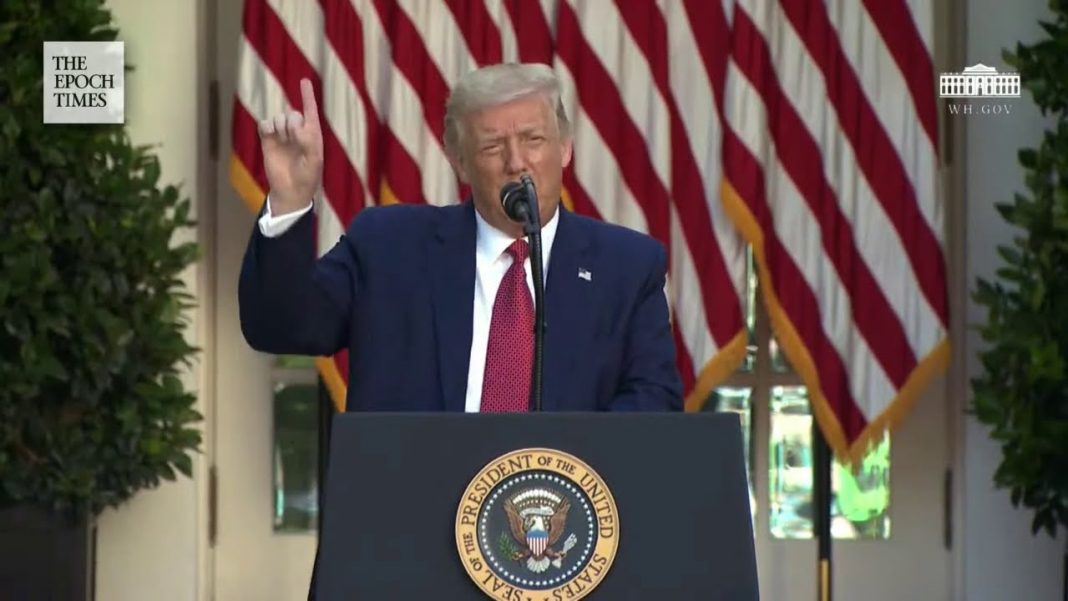 During a press conference in the White House Rose Garden, President Trump announced he had signed into law the Hong Kong Autonomy Act and also put his signature on an executive order that ends the United States’ preferential treatment of Hong Kong.

“I signed legislation and an executive order to hold China accountable for its oppressive actions against the people of Hong Kong,” Trump said. “No administration has been tougher on China than this administration.”

President Trump’s signature on the Hong Kong Accountability Act comes after the legislation was passed overwhelmingly in both the Senate and the House earlier this summer. The act imposes sanctions on entities that help violate Hong Kong’s autonomy and financial institutions that do business with them, and comes as a response to the passage of a “national security” law that tightened Beijing’s grip on Hong Kong — which has been semi-autonomous from the mainland since 1997.

The Chinese law, implemented earlier this summer, says that those who destroy government facilities and utilities would be considered subversive. Damaging public transportation facilities and arson would constitute acts of terrorism. Any person taking part in secessionist activities, whether organizing or participating, would violate the law regardless of whether violence is used.