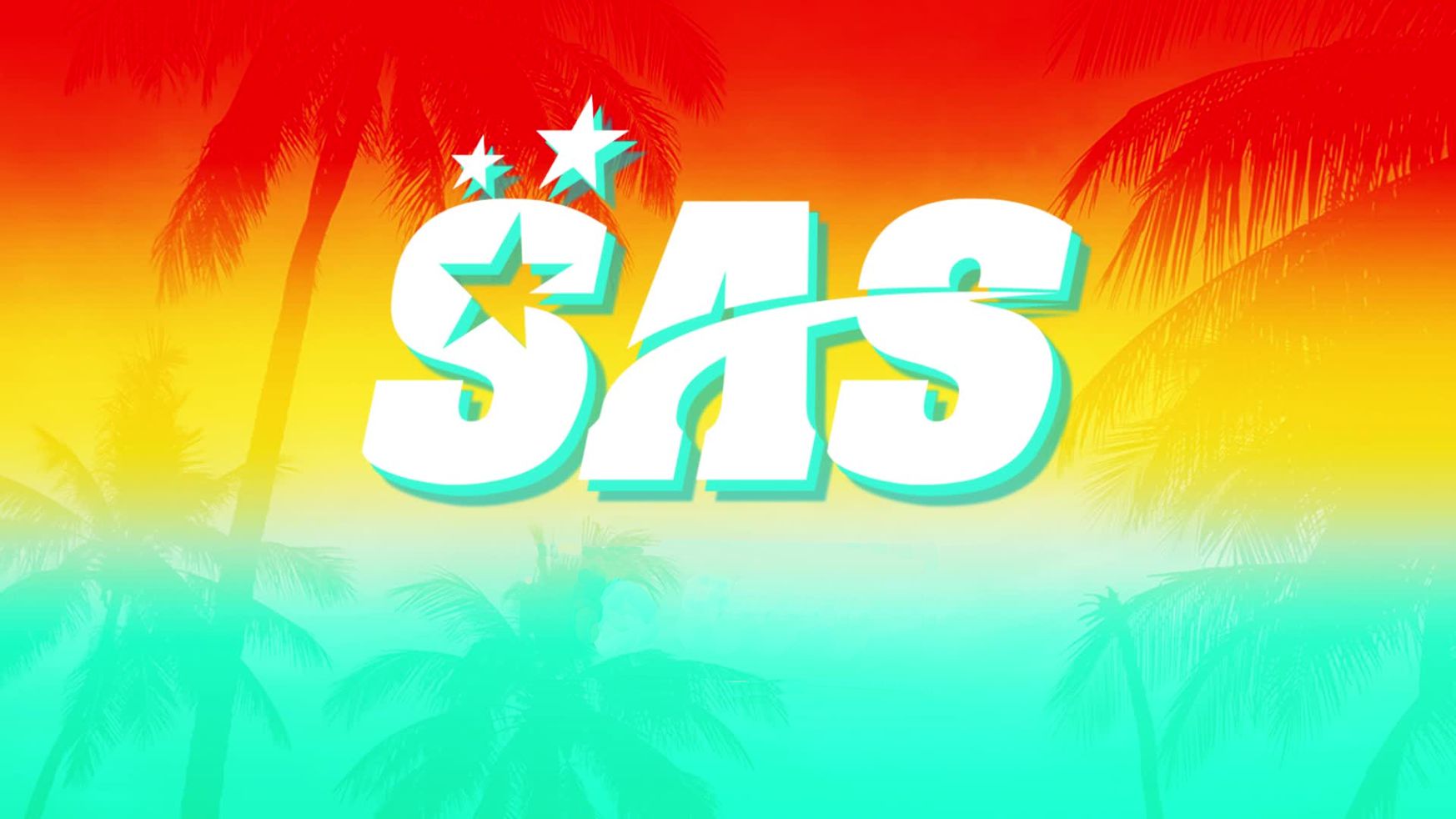 Turning Point USA’s 7th annual Student Action Summit will be held July 17th to 20th, 2021 in Tampa, FL. Thousands of student activists between the ages of 15 and 26 will be invited to attend. Students who attend this summit will hear from guest speakers, receive first-class activism and leadership training, and participate in a series of networking events with political leaders and top-tier activist organizations. Following a TPUSA conference, these activists return to their campuses more energized than ever and with the proper tools and training on how to defend conservatism on their campus.

Senator Rick Scott: Rick Scott was elected to the U.S. Senate in 2018 and is currently serving his first term representing the state of Florida. Prior to his election to the U.S. Senate, Rick Scott served two terms as the 45th Governor of Florida, working every day to turn around Florida’s economy and secure the state’s future as the best place for families and businesses to succeed.

Kat Timpf: Kat Timpf is a writer, television personality and comedian. She currently works as a Fox News contributor and the co-host of Gutfeld! on Fox News weeknights at 11pm. She was a columnist for National Review for nearly six years, and has also worked at Campus Reform, The Washington Times, Barstool Sports, Total Traffic Network, and of course, Boston Market.

Pastor Rob McCoy: Rob McCoy, the Senior Pastor of Godspeak Calvary Chapel of Thousand Oaks (California), is the son of a conservative Naval officer father and a Republican activist mother. An All-American Water Polo player and a National Finalist Swimmer, he graduated from California State University Fresno with a B.A. in History and received his seminary training from The Mennonite Brethren Biblical Seminary in Fresno, California.

Congresswomen Kat Cammack: Kat Cammack, the Congresswoman-elect for FL-03, will be the youngest Republican woman serving in the 117th Congress. Kat is a small business owner with grit, who grew up on a cattle ranch. She is a third generation sandblaster, an alumnus of the United States Naval War College, and was the longtime former Deputy Chief of Staff for Florida’s 3rd Congressional District prior to her election. As the 3rd generation in the family business of monuments and commercial sandblasting, Kat learned early on both the value of hard work and the pressures that small family businesses face, ranging from labor challenges to regulations.

Dr. Sebastian Gorka: Sebastian Gorka, Ph.D., is the nationally syndicated radio host of “America First with Sebastian Gorka. He’s also a bestselling author and one of America’s most trusted authorities on national security, strategy, and counterterrorism. A former Deputy Assistant to President Trump for strategy, he has lectured for US Special Operations Command, the FBI’s Counterterrorism Division, and the Green Berets, and he has briefed the CIA, the Defense Intelligence Agency, and the National Intelligence Council.

Jack Posobeic: Jack Posobiec is the Senior Editor of Human Events. He is a veteran intel officer who focused on China. He writes for Human Events and he was a Washington DC bureau correspondent for OAN.

Tomi Lahren: At 24-years-old, Tomi Lahren is the youngest political talk show host in history. She ignited a firestorm with her “Red, White, Blue and Unfiltered Final Thoughts” following the Chattanooga terrorist attack that killed three Marines and one Sailor. Controversy is her specialty. She is best known for her signature “Final Thoughts” on everything from Beyoncé to President Obama and Hillary Clinton. She has exceeded 550 million views in the last year, alone. Lahren was previously the host of One America News Network’s “On Point with Tomi Lahren.” She created, wrote and designed the show from scratch.

James O’Keefe: James O’Keefe founded Project Veritas and Project Veritas Action after he had pulled off some of the most consequential undercover journalism coups in a generation, so he could have an organization dedicated to reviving the craft of undercover journalism. These two organizations are non-profits dedicated to investigating corruption, dishonesty, waste and fraud in public institutions and the private sector.

Senator Ted Cruz: Throughout his life, Ted Cruz has proven to be a passionate and effective fighter for limited government, economic growth, and the Constitution. Senator Cruz has been serving Texas in the U.S. Senate since 2013.

Dr. Ben Carson: Dr. Ben Carson is an American politician, author and former neurosurgeon. Born in Detroit, Michigan, and a graduate of Yale University and the University of Michigan Medical School, Carson has authored numerous books on his medical career and political stances. He was the subject of a television drama film in 2009. He was the Director of Pediatric Neurosurgery at Johns Hopkins Hospital in Maryland from 1984 until his retirement in 2013.

Madison Cawthorn: A proven fighter, and the youngest elected congressman in modern history, Madison represents the next generation of young Republicans, who won’t back down to a mob.

Congressman Bryon Donalds: Byron Donalds grew up in Brooklyn, New York, and he is also the proud son of a hardworking and loving single mother. His mother dedicated her time instilling in him that greatness requires sacrifice, which drives him as a devoted family man and United States Congressman.

Kayleigh McEnany: Kayleigh McEnany is the former White House press secretary and current co-host of Outnumbered on the Fox News Channel. Prior to serving in the White House, Kayleigh worked as the national press secretary for the Trump campaign and was formerly the national spokesperson for the Republican National Committee. Before joining the RNC, Kayleigh worked as a political commentator at CNN.

Jeff Webb: Jeff Webb is an internationally renowned entrepreneur, founder of Varsity Brands, President of the International Cheer Union, and a business, politics and culture commentator. He is also the founder of Middle Class Warriors.

Congressman Andy Biggs: Congressman Andy Biggs is an Arizona native and currently serving his second term in the U.S. House of Representatives, representing Arizona’s Fifth District. Congressman Biggs is a member of the House Judiciary and Science, Space, and Technology committees. He is chairman of the House Freedom Caucus, co-chair of the Border Security Caucus, co-chair of the War Powers Caucus, and Chief Regulatory Reform Officer of the Western Caucus.

Brandon Tatum: Brandon Tatum, who is a former Tucson Police Officer, has become one of the most exciting personalities on social media after making a Facebook Video that got over 70 million views. Tatum has been featured on Fox Business, Fox & Friends, Headline News, The Alex Jones Show, The James T. Harris Show, and on the radio with Joe Pags, to name a few. Tatum is currently the spokesperson for Conservative Tribune, one of the most popular online media outlets in the country. Brandon Tatum has an avid media following due to his dynamic personality, authentic message, and his natural ability to relate to the everyday American.

Dr. James Lindsey: An American-born author, mathematician, and political commentator, Dr. James Lindsay has written six books spanning a range of subjects including religion, the philosophy of science and postmodern theory. He is the founder of New Discourses and currently promoting his new book “Cynical Theories: How Activist Scholarship Made Everything about Race, Gender, and Identity―and Why This Harms Everybody.”

Alfie Oakes: Alfie Oakes established one of the largest privately owned agribusinesses in Collier County, Florida. His next adventure will be opening a 65,000 sq. ft. market in North Naples, Florida.

Rob Smith: Rob Smith served for five years in the United States Army, including two tours in the Middle East. During Operation Iraqi Freedom, he was awarded the Army Commendation Medal and the Combat Infantry Badge.

Graham Allen: Former Army Staff Sergeant and 12 year Army Combat Veteran, Graham is responsible for one of the fastest growing social media platforms in the country. Named in the Huffington Post “22 Veterans To Watch in 2017”

Pete Hegseth: Peter Brian Hegseth (born June 6, 1980) is a former Executive Director of Vets For Freedom and a senior counterinsurgency instructor at the Counterinsurgency Training Center in Kabul with the Minnesota National Guard.[1] Hegseth has made multiple appearances on national television as a military analyst and lost the Republican party endorsement for the United States Senate election in Minnesota, 2012 to Kurt Bills. He is currently the CEO of Concerned Veterans for America.

Michael Knowles: Michael Knowles is the celebrated host of “The Michael Knowles Show” at the Daily Wire, “The Book Club” at PragerU, and “Verdict with Ted Cruz.” In 2017, Michael published the #1 national bestselling treatise Reasons to Vote for Democrats, which President Donald Trump hailed as “a great book for your reading enjoyment.” In late 2020, after an appearance guest-hosting “The Rush Limbaugh Program,” it was announced that Michael’s daily podcast would be syndicated to terrestrial radio.

Jesse Waters: Jesse Watters currently serves as the host of Watters’ World (Saturdays, 8PM/ET) and co-host of The Five (weekdays, 5-6PM/ET) on FOX News Channel (FNC). He joined the network in 2002 as a production assistant. On Watters’ World, Jesse takes on compelling guests and top newsmakers with his original style and fun personality.

Michael R. Pompeo served as the 70 th  Secretary of State of the United States, the Director of the Central Intelligence Agency, and was elected to four terms in Congress representing Kansas’ 4 th  District. Secretary Pompeo graduated first in his class at the United States Military Academy at West Point in 1986 and served as a cavalry officer patrolling the Iron Curtain.  He rose to the rank of Captain, and went on to graduate from Harvard Law School. Before serving in Congress, he spent a decade leading two manufacturing businesses in South Central Kansas.

Benny Johnson: Benny is the Chief Creative Officer of Turning Point USA. He is obsessed with the intersection of politics, and culture. He believes conservatives deserve a better class of internet and sets out day-to-day creating one.

Seth Dillion: Seth Dillon is the CEO of The Babylon Bee, a conservative Christian news satire website that publishes satirical articles on topics including religion, politics, current events, and public figures. It has been referred to in the media as a Christian, evangelical, or conservative version of The Onion. He also co-founded Not the Bee with Adam Ford and invests in startups when he’s not owning the libs for Jesus.

Stephen Davis: Stephen Davis “MAGA Hulk” is a bold conservative political activist, who rallies his base and stands on the front lines of both political and cultural issues.

Candace Owens: Candace Owens is one of the most recognized and influential voices in modern American conservatism. She is a bestselling author, political & cultural commentator, businesswoman and the co-founder and President of the BLEXIT Foundation, a charitable organization dedicated to driving conservative principles into urban minority communities in the United States. 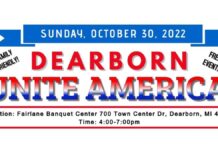