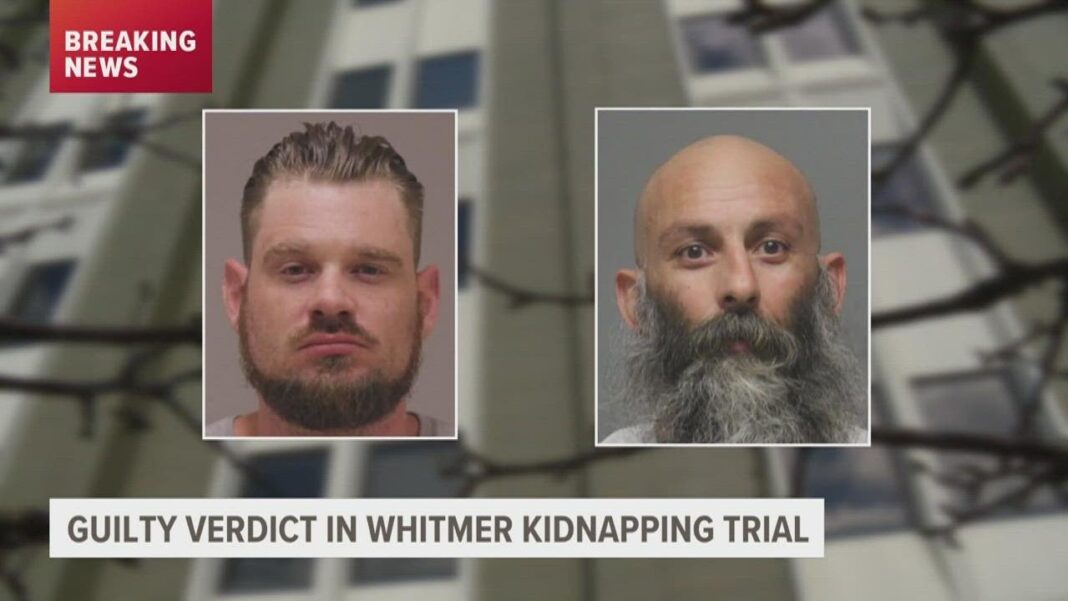 A federal jury today convicted two men charged with conspiring to kidnap Michigan Governor Gretchen Whitmer in 2020; the verdict is a much-needed win for the regime in a case the Justice Department considers one of its most important domestic terror investigations in decades.

Earlier this year, a jury failed to reach a verdict on Adam Fox and Barry Croft Jr. and the government immediately announced prosecutors would seek another trial. Both were found guilty of federal kidnapping and weapons of mass destruction charges and Croft was found guilty of unlawful firearms possession.

Jurors heard testimony from several FBI experts and investigators during the eight-day trial at the Gerald R. Ford Federal Courthouse in Grand Rapids. Croft, Fox and four others were arrested in October 2020 for their alleged participation in the shocking plot, resulting in national news coverage just a few weeks before election day. In April, a jury acquitted two men, Brandon Caserta and Daniel Harris, on all charges after their attorneys successfully argued the men had been framed by the FBI. Two other defendants, Kaleb Franks and Ty Garbin, pleaded guilty and testified for the government at both trials.

Controversy shrouded the second trial. Mark Totten, the newly-appointed U.S. attorney for the western district of Michigan, the office prosecuting the case, recused himself in July without explanation. Totten served as Whitmer’s general counsel for almost three years before Joe Biden nominated him to the new post.

Legal observers bristled at the one-day jury selection process handled almost exclusively by U.S. District Judge Robert Jonker, who also presided over the first trial. On the first day of testimony, defense attorneys informed the court that one juror was potentially compromised for telling co-workers that he “had already decided the case and intended to ensure a particular result at the conclusion of the trial.” Jonker met privately with the juror and refused to allow either prosecutors or defense counsel from participating in the meeting; he ordered all related filings to remain under seal.