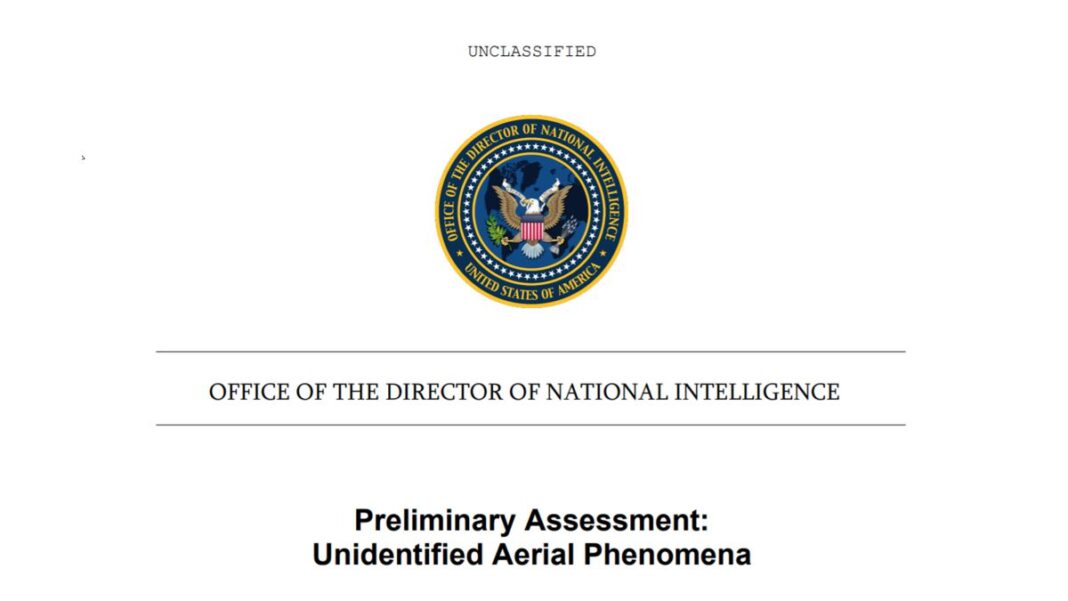 The just-released UAP Task Force report has the public looking away from mundane problems and up to the stars. Powered by media hype, the distant flying saucers represent a techno-religious future. Looking ahead, it’s clear we should also be watching our backs.

The preliminary report fell to earth like a UFO crew who were staring at their smartphones instead of the horizon. Various intelligence agencies examined 144 cases of unidentified aerial phenomena from 2004 to 2021. They concluded, as usual, that more work needs to be done.

Really, there are only two interesting lines in the entire document:

“We were able to identify one reported UAP with high confidence. In that case, we identified the object as a large, deflating balloon.”

In one sense, this is a cruel metaphor for some doe-eyed ufologist’s head. However, a striking passage from Jacques Vallée’s 1979 book Messengers of Deception makes me wonder if the UAP report’s authors are just trolling. Over forty years ago, Vallee wrote: “UFOs appear against the background of a worldwide manipulation operation. … ‘America wants a shiny spacecraft to replace the deflated balloon of its religious values.’”

Back in those days, Vallée—a physicist turned computer-programmer turned ufologist—argued that flying saucers and alien abductions are a spiritual psyop. The purpose is to shift global civilization into its next phase.

As a scientific text, Messengers of Deception is utter madness. Nevertheless, it’s an extraordinary work of mythological art.

As far back as the 60s, Vallée was convinced that dangerous UFO cults were being activated by media sensationalism. He feared these sects could exploit the widening chasm between scientific elites and the disaffected masses. This ascending techno-religion would replace traditional deities with all-powerful extraterrestrials—regardless of their reality—much like the Holy Trinity conquered the Roman pantheon and took decadent patricians by surprise.

The day before the UAP Task Force report was released, the once-sober Scientific American ran a stunning editorial by Harvard astrophysicist Avi Loeb, entitled “What We Can Learn From Studying UFOs.” The scientist’s answer is threefold:

Even in the absence of extraterrestrials, Loeb’s rhetoric serves as a psychological preparation for technocratic rule. It’s telling that he opens with a reference to Arthur C. Clarke’s 1953 novel Childhood’s End.

Clarke’s premise is that aliens have been manipulating human evolution throughout our history. Once humans became sufficiently advanced, he writes in the novel, the aliens revealed their existence, ended all wars, and established a global technocratic regime. Before long, human children exhibited paranormal powers, making their earthly parents obsolete.

Of course, Avi Loeb’s editorial ignores the fact that these paternalistic ETs have horns, leathery wings, and cloven hooves. In Clarke’s story, these benevolent watchers had to conceal their appearance so Christian fanatics wouldn’t resist civilizational transformation.

Loeb speculates that real-life contact with an alien race could unfold in a similar manner. The astrophysicist writes: “[T]he encounter would echo our childhood experience of not fully understanding the actions of a higher power looking over our shoulders.”

One day, a HuffPost editor will tap out the headline: “Yes, Demonic ETs Rule The Earth—And That’s A Good Thing.”