Good afternoon, dear colleagues. Today’s press conference is dedicated to new facts revealing international corruption and external governance of Ukraine. Because of the leaked information about today’s press conference last week it was announced that I was being sanctioned by politicians form the U.S. Department of the Treasury under the request from Democratic senators. They really didn’t want us to publish what we are going to release today. But we did not refuse a press conference: the state independence and sovereignty of Ukraine are at stake. And most importantly, the opportunity, on the basis of documents, facts, material evidence and nor the testimony of witnesses, to return billions of dollars to Ukrainian citizens. I will definitely comment on the issue of sanctions later today. But I would also like to not the following. Corrupt Democrats are very afraid because documents, numbers and shocking records support every word that we will voice today. With each new fact, a new entry, new posting of accounts, we are convinced that external governance and international corruption are Siamese twins with many faces of senior government officials, oligarchs, schemers and many other actors who steal from the Ukrainian people.

What Will We Disclosed Today

I repeat once again, every word that we will voice today is supported by documents, numbers and records that were given to us by investigative journalist, as well as people who have information about corruption schemes and witnesses who are directly involved in a number of processes, which we will talk about today. We will transfer all facts about international corruption and external governance of Ukraine at our disposal to the law enforcement agencies. 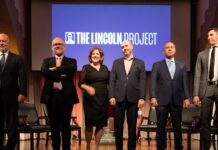 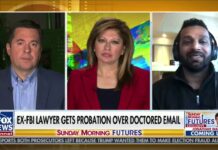