The United Nations Educational, Scientific and Cultural Organization, better known by its acronym, UNESCO, is escalating its global war on ideas and information it considers to be “misinformation” and “conspiracy theories.”

According to the Paris-based U.N. education agency, which released a major report on the subject for educators this summer, conspiracy theories cause “significant harm” and form “the backbone of many populist movements.”

They also “reduce trust in public institutions” and “scientific institutions,” which can drive people to violence or decrease their desire to “reduce their carbon footprint,” UN officials argued in the document.

While “all conspiratorial thinking threatens human rights values,” the document says without elaborating, some conspiracy theories are more dangerous than others.

In some cases, teachers are even encouraged to report their students to authorities.

Examples of “conspiracy theories” cited in the report include everything from widely held and respectable beliefs such as “climate change denial” and “manipulation of federal elections” in the United States, to more far-fetched notions such as the “earth is flat” or “Michelle Obama is actually a lizard.”

“There are plenty of crazy thoughts on the Internet, many of which are patently false,” explained Citizens for Free Speech Director Patrick Wood. “The only thoughts being ‘corrected’ are those contrary to the globalist narrative. This proves that the focus is on protecting their own narratives and nothing else.”

“UNESCO joins a censorship cartel that now includes the European Union, the U.S. government, the World Economic Forum, social media giants like Facebook and Twitter, and notably, Google,” Wood told The Epoch Times. “Anyone who does not parrot the globalist narrative is by default considered to be a ‘conspiracy theorist.’”

At the heart of the global program to combat these ideas and theories are teachers and schools, according to the U.N. agency. Also central is the battle online and in the media, UNESCO documents explain. 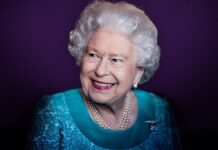 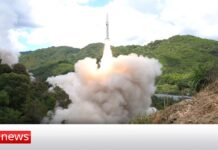