Home Previews Books The Marxification of Education: Paulo Freire’s Critical Marxism and the Theft of... 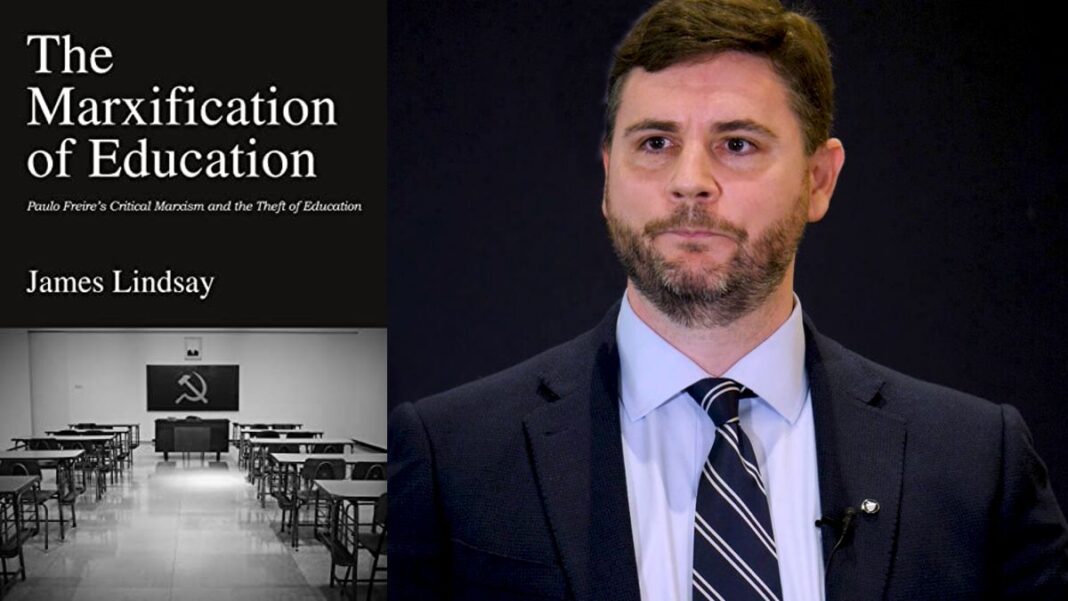 Education is in bad shape in America and beyond today. It’s obvious. Everyone perceives it. Something is going badly wrong in our schools. Our children aren’t learning as they should be. Their mastery of core academic curriculum like reading, writing, history, mathematics, science, and civics has declined to crisis levels and shows no signs of improvement. Meanwhile, they’re all learning to be activists, turning their backs on their nations, societies, and even their parents and religions.

What’s going on? The answer is simple.

Their education has been stolen from them. Activists have spent the last forty to fifty years taking over education and transforming it into something different: not mere indoctrination but brainwashing. The transformation of education from education to neo-Marxist thought reform follows significantly from the work of a Brazilian Marxist by the name of Paulo Freire, who is little-known outside of South America and colleges of education. In this book, The Marxification of Education, James Lindsay, founder of New Discourses, breaks down the contents and impact of Freire’s disastrous work so that you can understand it and, hopefully, put a stop to it.

James Lindsay is an author, internationally recognized speaker, and the founder and president of New Discourses. He is best known for his relentless criticism of “Woke” ideology, the now-famous Grievance Studies Affair, and the bestselling book ‘Cynical Theories’, which has been translated into over a dozen languages. In addition to writing and speaking, Lindsay is the voice of the ‘New Discourses Podcast’ and has been a guest on prominent media outlets including The Joe Rogan Experience, Glenn Beck, Fox News, and NPR.