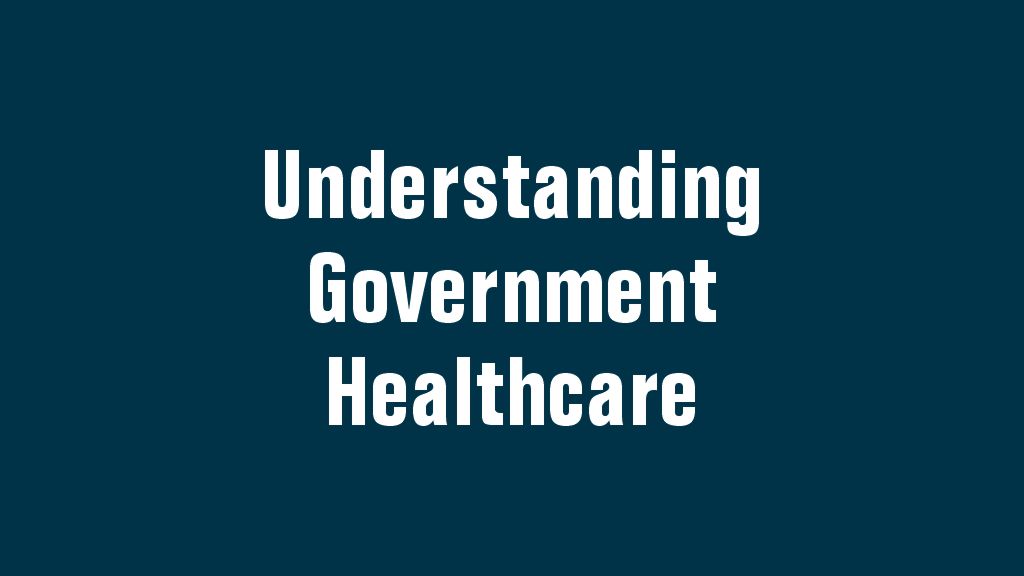 Why is the Government so bad at healthcare? They’ve been at it for 75 years and still can’t get it right. Lets look at Obamacare and government run healthcare in general and why it’s not good for the American people. There are multiple videos on this page.

Why Obamacare Doesn’t Work As Promised

President Barack Obama made many promises to the American people regarding health care reform — but the Affordable Care Act was destined to fail. Why? Lanhee Chen of the Hoover Institute explains why government-run health care is not the answer.

We weren’t as clear as we needed to be in terms of the changes that were taking place.

And I am sorry that they are finding themselves in this situation based on assurances they got for me.

Lanhee Chen: It’s very easy for politician to stand up before voters and say, healthcare is a right, and then passionately advocate for single-payer or free healthcare, or Medicare for all, whatever term they might use. But before we consider the merits of the government managing your health care, and that’s what this all boils down to, maybe we should ask a more basic question. What do we mean by health care? Because if you get sick, and here were talking major illness or you’re in serious pain, you don’t just want healthcare you want quality healthcare. And where is your best chance of finding that? The answer is right here in America. For skilled doctors, cutting edge medical treatments and care without long delays, no other country rivals the United States, not even close. Nobody from Texas is going to Canada for medical treatment. It’s almost always the other way around. Sure, our healthcare system has lots of issues and we should address them. But do we really want to up end all the advantages that we do have and start from scratch, because that’s what would have to happen if we completely turn healthcare over to the government.

So let’s imagine we make the change. We hear a lot about how great free healthcare would be, but it’s only fair we look at the downside. The first is that government-run healthcare takes medical decisions away from patients, that means you, and put them in the hands of bureaucrats. They decide, for example, how many MRI machines are going to be available, or under what conditions you can get back surgery or a bypass or even whether you qualify for cancer treatment. That’s how it works in the United Kingdom under its single-payer system. Because it has finite resources the National Health Service for NHS sharply restricts access to treatments like hip and knee replacements, cataract surgery and even prescription drugs to deal with common conditions like arthritis and diabetes. If you suffer from any of these ailments and many others in the UK, you may just have to live with the pain. And let’s hope you don’t have a medical emergency.

In a January 2018 article in the New York Times, patience in emergency rooms around London are described as having to wait 12 hours before they tended to. Corridors are jammed with beds carrying the frail and elderly. To deal with the situation hospitals were ordered to postpone non-urgent surgeries until the end of the month. That hardly seems like an improvement over what we have in the U.S.

A second big problem with single-payer systems is that they are expensive, really expensive. A recent study by the Mercatus Center at George Mason University found that if Bernie Sanders style medicare-for-all health system would cost a tidy 32.6 trillion dollars over 10 years, that’s on top of what the federal government spends on healthcare today. And this is not a new number. Other Studies have found the cost to be roughly in the same range. So how would we pay for it? Kenneth Thorpe, a professor at Emory University and health policy official in the Clinton Administration spells it out. If you are going to go in this direction, medicare-for-all, the tax increases are going to be enormous, not just for the rich, Thorpe estimates, but for working Americans and the poor too. Charles Blahous, the author of the Mercatus Study puts it this way. store best two mates but for working Americans and the poor to Charles Blockhouse the author of The Mercator study put it this way. “Even a doubling of all projected individual and corporate income taxes would be insufficient to finance these added Federal costs. And he considers that a conservative estimate.

Canada knows all about exploding healthcare costs. In Ontario the country’s biggest province, those cost took up 46% of its entire budget in 2010. By 2030 that number is projected to be 80%. In other words, in a few years, Ontario will have little money to pay for anything except healthcare.

Finally, and perhaps most importantly, government-run systems depress the search for new cures. Biomedical research spending in the U.S. far outpaces that of any country with nationalized health-care, even when you account for differences in population or size of economies. That’s one reason medical breakthroughs rarely comes from countries where the government controls healthcare. They come from the United States where the government doesn’t. The lion’s share of biomedical research and development spending in the U.S., over 70 billion dollars in 2012, comes from the private sector. Discovering new medical cures and technology is a profitable business, and thank goodness it is. Those profits drive innovation. Take away the prophets and you will surely take away the innovation. Single-payer, free healthcare, Medicare for all, they might sound great, but like all visions of utopia, they ultimately produce a lot more harm than good. I’m Lanhee Chen, Fellow at the Hoover institution of Stanford for Prager University.

Why is the Government so bad at healthcare? They’ve been at it for 75 years and still can’t get it right. It’s expensive, access is spotty it’s mired in bureaucracy, and it’s fraught with waste. Obamacare was supposed to fix all this, but instead, like every other government healthcare program before it, it just made things worse. Why? Because the government is a third party payer. Let me explain. Suppose you’re going to buy something for yourself, you have two priorities, price and quality. You want the highest quality for the lowest possible price. Say you’re buying a television, you have many options, the size of the screen, the quality of the image, the price. Only you know which one best suits your needs and your budget, and a lot of companies are competing for your business. You do your research, you make your choice. This is called a first-party purchase. The person paying is the person using.

Now let us suppose that either the price or the quality is not controlled by you, in this case you’re buying something for someone else. You care about the price because you’re paying for it, but you’re a little more flexible on the quality. A good example would be a wedding gift, say a coffeemaker. You might think, by the time it breaks they’ll forget who gave it to them anyway. The cheaper one will be fine. All of us have bought things for others we never would have bought for ourselves. We care about the price because we’re paying for it but not so much about the quality because we’re not going to use it. Or suppose we’re going to do something but we’re not going to pay for it, then we’re concerned about the quality, because we’re consuming it, but the cost is not as important, because we’re not paying for it. Any Father who ever got roped into paying for an open bar at a wedding understands this program, nobody ever orders the cheap stuff when it’s free. These are called second party purchases, the person paying is not the person using.

And now for the coup de gras. When it’s not your money, paying for something, and you don’t use it, then you’re not concerned about either the price or the air quality. Suppose the boss gives you $150 to buy a door prize for the office party. In the store window you see a six foot tall stuffed frog marked $149 and you think, oh that’s perfect. Let’s buy it. The raffle winner is awarded the 6-foot frog, everyone laughs at the gag. Now this is called a third-party purchase, a purchase that is made with money that’s not yours, therefore you don’t care about the cost to buy something you’re not going to consume, therefore you don’t care about the quality.

Here’s the point, by definition all government purchases are third-party purchases. The government spends other people’s money on things it won’t consume. It doesn’t care about the price or the quality, thus there will always be waste in government spending. That’s why, to paraphrase Abraham Lincoln, government should do only those things that a man cannot do better for himself. If 300 million Americans were free to buy health insurance for themselves, just as they buy their own life and home and car Insurance, then that little gecko on television would offer us health insurance with a little more coverage for a little less cost and he wouldn’t be the only one, insurance companies and hospitals would be working night and day to get our business. Quality would go up, prices would go down. It’s already happened with laser eye surgery. It used to cost $2,200 per eye, now it can cost as little as $500 per eye. That’s the way free enterprise competition works every time. But when the government gets involved, costs go up, waste and fraud go up, essential medical services are denied or unavailable. These are the hallmarks of government healthcare bureaucracies around the globe. The sooner we make health insurance a first-party purchase again, the sooner Americans will get the health care they want, finally. I’m Bob McEwen for Prager University.