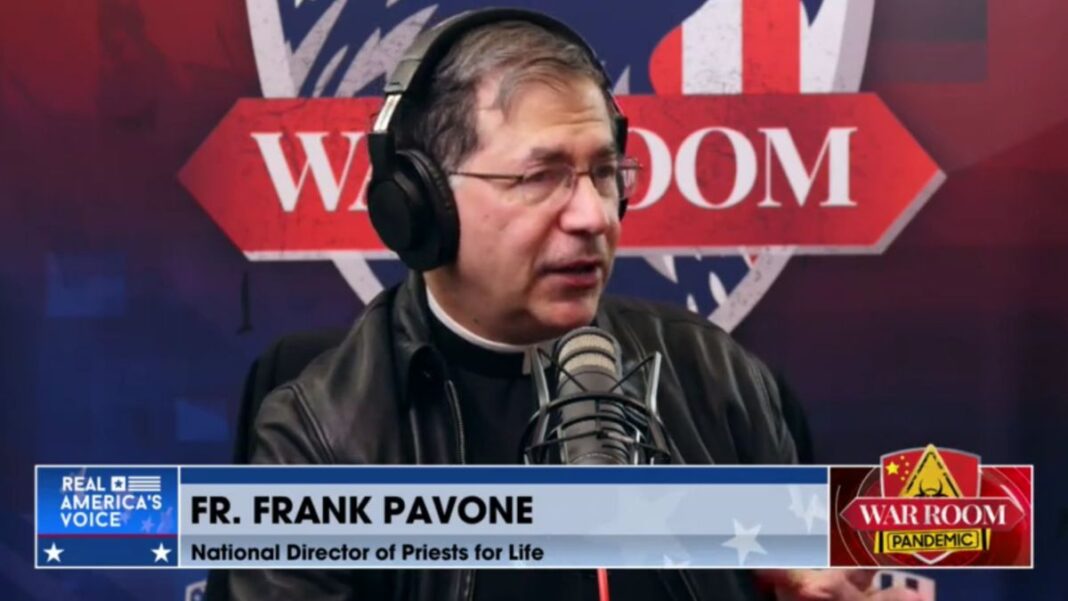 Father Frank Pavone of Priests for Life joins Steve Bannon on the eve of the Supreme Court hearing on a lawsuit involving an abortion law in Mississippi that bans abortions after 15 weeks.

“Roe v. Wade took out of the hands of the people the ability to legislate on abortion, the ability to protect those babies in the womb. What we’re hoping the court will do tomorrow is return that power to the people, to say to Mississippi … and any other state by the elected representatives accountable to the people should be able to pass the kind of abortion policy they want. Instead, what’s been happening is for 50 years now, we’ve had unelected judges impose on us our abortion policy.”

Part 3: Young People Are More Pro-Life Than Ever Before