This widely used endocrine disruptor may be harming your unborn baby

In 2017, Emalee Morem was 40 weeks pregnant with her first child. At the urging of her providers, she had an extra ultrasound, just to make sure the baby was OK. After the scan, Morem and her husband went out for lunch. But sitting in the sunshine on the patio at the restaurant in Minneapolis, Minnesota, Morem started to feel uncomfortable.

“My belly felt very hot while we were eating,” Morem says, “and when I got home, I looked at my belly and saw this horrible red, patchy rash.”

Though the rash wasn’t painful, Morem was concerned.

“It didn’t hurt, but it obviously wasn’t normal,” she says. “And I’m sure it was from the ultrasound gel. After the ultrasound they just wiped my belly with a dry paper towel or cloth, so my belly didn’t get washed off well, I could still smell the gel on my skin, and the rash was exactly where they’d had the gel and doppler.”

The discomfort, Morem says, was short-lived.

“It went away after a few hours, but it freaked me out at the time. I was afraid of getting more ultrasounds, too.” Two weeks later, Morem gave birth to a healthy 7-pound 14-ounce baby girl.

Could the gel that caused a topical rash on Morem’s abdomen be problematic for another reason? Our bodies use hormones—chemical signals—to regulate many different processes. Endocrine disruptors are chemicals that alter our normal hormone levels. Phthalates and certain phenols—including parabens and triclosan—are considered endocrine-disrupting chemicals.

Because pregnancy, like puberty and menopause, is a time of enormous hormonal changes, it’s especially important to steer clear of hormone disruptors. Indeed, studies have shown that unnatural changes in hormone levels can contribute to many negative health effects—especially when it comes to reproduction and fetal development.

While each formulation varies by brand, research suggests that some of the gels used to conduct prenatal ultrasound scans may be causing hormone disruption. These thick gels are slathered over a woman’s abdomen in order for the ultrasound transducer to slide easily. They contain a variety of fragrances and dyes, as well as a chemical called propylparaben, which is a phenol—a chemical compound extracted from coal tar. Ultrasound gels may also contain phthalates, used to bind the fragrance and the color.

Dr. Carmen Messerlian and her colleagues in the Department of Environmental Health at Harvard University sought to uncover whether exposure to ultrasound gel disrupts the endocrine system. They published their results, “Ultrasound gel as an unrecognized source of exposure to phthalates and phenols among pregnant women undergoing routine scan,” in the International Journal of Environmental Health in 2017. 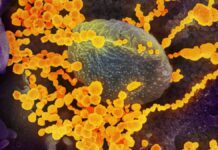 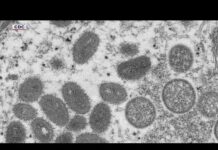