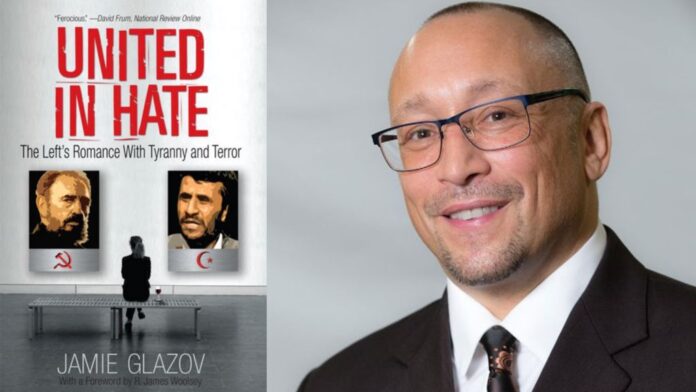 United in Hate analyzes the Left’s contemporary romance with militant Islam as a continuation of the Left’s love affair with communist totalitarianism in the twentieth century. Just as the Left was drawn to the communist killing machines of Lenin, Stalin, Mao, Pol Pot and Castro, so too it is now attracted to radical Islam. Both the radical Left and radical Islam possess a profound hatred for Western culture, for a capitalist economic structure that recognizes individual achievement and for the Judeo-Christian heritage of the United States. Both seek to establish a new world order: leftists in the form of a classless communist society and Islamists in the form of a caliphate ruled by Sharia law. To achieve these goals, both are willing to wipe the slate clean by means of limitless carnage, with the ultimate goal of erecting their utopia upon the ruins of the system they have destroyed.

United in Hate crystallizes the danger that a Barack Obama administration, if tilted too far left, presents to American security and global freedom.

As history shows, leftist beliefs have spawned mass carnage and misery. Put into practice, they have caused the deaths of millions. Until now, it has been extremely difficult for rational people who value personal freedom to understand the motivations of those who live in comfort and yet embrace monstrous dictators, ideologies, and policies that leave only death and destruction in their wake.

In United in Hate, Dr. Jamie Glazov presents startling new insights into the toxic beliefs and torturously contorted thought processes of the leftists who lust to destroy the very freedoms that allow them to exist. Glazov explains the Left’s love for and deification of totalitarian ideologies, from Marxism to radical Islam, with clarity and candor.

Why does the leftist believer reach out in solidarity to the most gay-hating, womanhating and minority-hating force on earth?

Why does the “progressive” heap adulation upon regimes under which he himself would be annihilated?

Why do radical feminists, who supposedly value women’s rights, ignore the suffering of millions of women living under Islamic gender apartheid?

In this groundbreaking examination, Dr. Glazov at last reveals the vile and morbid forces that impel so-called “progressives” to embrace not just murderous ideologies such as Marxism and radical Islam, but the systematic elimination of all those standing in the way of their new utopia.

Advance Praise for United in Hate:

“An ambitious, original, and well-documented study that addresses some of the most interesting and important political-historical questions of our times.”–Paul Hollander, author of Political Pilgrims and The End of Commitment.

“Jamie Glazov rolls over left-wing intellectual pretensions with a Mack truck that handles like a Porsche. He rounds them up–and when he’s finished, there’s nothing left.” –Richard Perle, Assistant Secretary of Defense for the Reagan administration, now a fellow at the American Enterprise Institute.

“A must-read for those who care about truth, the rule of law, and any hope of ultimate stability for humankind. The redefining work for twenty-first century readers of an eternal message.”–Robert C.McFarlane, National Security Advisor to President Reagan, chairman and CEO of McFarlane Associates, Inc.

“Reads like a thriller.”–Lieutenant General Ion Mihai Pacepa, the highest-ranking official to have defected from the Soviet bloc.

“In years to come, this book will become a classic, not just for conservatives but for all Americans interested in the truth and how to combat a perfidious alliance.”–Steven Emerson, author of American Jihad: The Terrorists Living Amongst Us and producer of the documentary Jihad in America.

“Jamie Glazov analyses with forensic skill how and why radical leftists come repeatedly to see virtue in the most murderous ruthlessness. Alas, his book will not be out of date for a long time.”–Dr. Theodore Dalrymple, author of Life At the Bottom: The Worldview that Makes the Underclass.

“Any leftist who reads this, and has any honesty left in his mind, must recognize himself in this picture and, hopefully, be ashamed.”–Vladimir Bukovsky, former leading Soviet dissident, author of To Build a Castle and Judgement in Moscow.

“A fascinating, illuminating, and extraordinarily insightful explanation of one of the most puzzling phenomena of our age: the alliance between the Left and the global jihad.”–Robert Spencer, author of the New York Times bestsellers The Politically Incorrect Guide to Islam (and the Crusades) and The Truth About Muhammad.

“A must-read if America is going to survive the global war against radical Islam.” –Lieutenant General Thomas McInerney, USAF (Ret.).

United in Hate is a must-read for all Americans concerned with the future of America. Jamie Glazov’s writing is eloquent and thought-provoking.”–Brigitte Gabriel, a renowned terrorism expert and New York Times best-selling author. She is the founder of Actforamerica.org.

Jamie Glazov is a well-known commentator who has appeared on top radio and TV shows, including Hannity & Colmes –The O’Reilly Factor and Laura Ingraham

Jamie Glazov holds a Ph.D. in history with specialties in U.S., Russian, and Canadian foreign policy, and he is currently the editor of Frontpage Magazine.

The believer’s totalitarian journey begins with an acute sense of alienation from his own society–an alienation to which he is, himself, completely blind.

In denial about the character flaws that prevent him from bonding with his own people, the believer has convinced himself that there is something profoundly wrong with his society–and that it can be fixed without any negative trade-offs. He fantasizes about building a perfect society where he will, finally, fit in…

A key ingredient of this paradigm is that the believer has failed to rise to the challenges of secular modernity; he has not established real and lasting interpersonal relationships or internalized any values that help him find meaning in life. Suffering from a spiritual emptiness, of which he himself is not cognizant, the believer forces non-spiritual solutions onto his spiritual problems. He exacerbates this dysfunction by trying to satisfy his every material need, which the great benefits of modernity and capitalism allow–but the more luxuries he manages to acquire, the more desperate he becomes. We saw this with the counterculture leftists of the sixties and seventies, and we see it with the radical leftists of today. Convinced that it is incumbent upon society, and not him, to imbue his life with purpose, the believer becomes indignant; he scapegoats his society–and ends up despising and rejecting it.

Just like religious folk, the believer espouses a faith, but his is a secular one. He too searches for personal redemption–but of an earthly variety. The progressive faith, therefore, is a secular religion. And this is why socialism’s dynamics constitute a mutated carbon copy of Judeo-Christian imagery. Socialism’s secular utopian vision includes a fall from an ideal collective brotherhood, followed by a journey through a valley of oppression and injustice, and then ultimately a road toward redemption.

In rejecting his own society, the believer spurns the values of democracy and individual freedom, which are anathema to him, since he has miserably failed to cope with both the challenges they pose and the possibilities they offer. Tortured by his personal alienation, which is accompanied by feelings of self-loathing, the believer craves a fairy-tale world where no individuality exists, and where human estrangement is thus impossible. The believer fantasizes about how his own individuality and self will be submerged within the collective whole…. As history has tragically recorded, this “holy cause” follows a road that leads not to an earthly paradise, but rather to an earthly hell in all of its manifestations. The political faith rejects the basic reality of the human condition–that human beings are flawed and driven by self-interest–and rests on the erroneous assumption that humanity is malleable and can be reshaped into a more perfect form. This premise spawned the nightmarish repressions and genocidal campaigns of Stalin, Mao, Pol Pot, and other communist dictators in the twentieth century. Under their rule, more than one hundred million human beings were sacrificed on the altar where a new man would ostensibly be created. 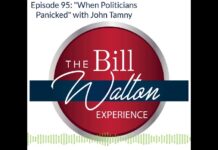 When Politicians Panicked: The New Coronavirus, Expert Opinion, and a Tragic Lapse of Reason