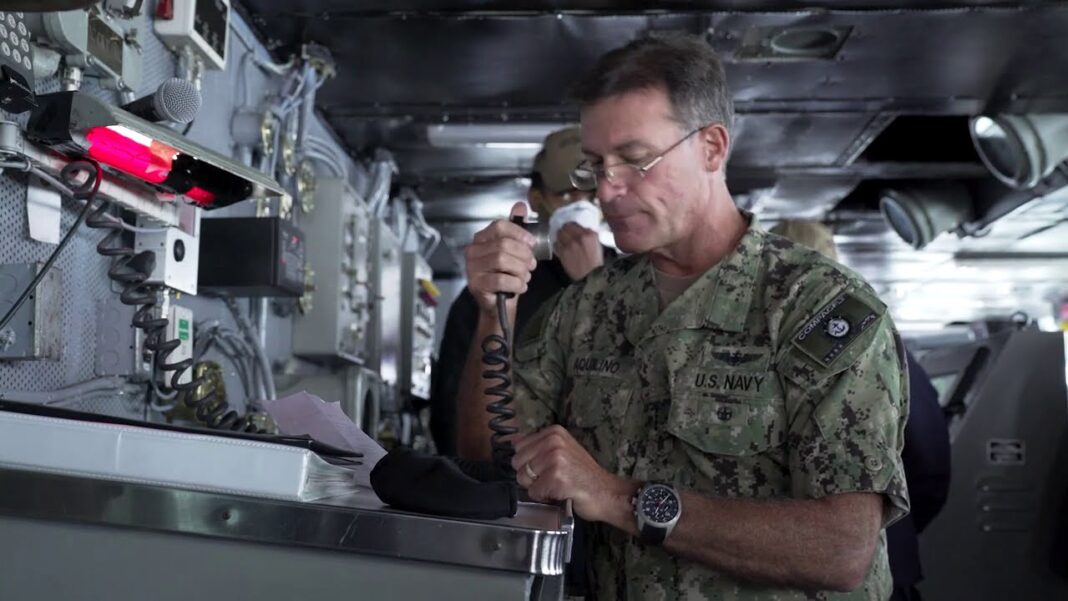 China’s army is undergoing the largest buildup in the Chinese regime’s history since World War II, according to Adm. John Aquilino, commander of the U.S. Indo–Pacific Command.

Aquilino made the comment in a conversation hosted by the research institute the Foundation for Defense of Democracies on June 24 (pdf).

He said that “the concern for all Americans should be the pace, scale, and scope [with which] China is growing and what does that mean with regard to intent for a future peaceful globe?”

In the conversation, Aquilino discussed the importance of Guam to American military posture and deterrence in the region.

He said that Guam has a 360-degree threat from the People’s Liberation Army (PLA) Rocket Forces. It is absolutely critical “with a sense of urgency in order to provide the capabilities that both defend and we can project power from Guam,” Aquilino said.

He emphasized that Guam is extremely important, and with “125,000 United States citizens—it’s the homeland.”

He emphasized that partners in Japan and South Korea are also important, saying, “The places we operate with our allies and partners across the region [are] important to deliver deterrence.”

He referred to the Indo–Pacific region as “half the globe,” and “the United States can operate as a joint force, synchronized, integrated in all domains across vast distances,” as proved over many years.

Earlier in May, Aquilino also warned of the PLA’s threat to world order.

In the statement before the House Appropriations Subcommittee on Defense on May 17 (pdf), Aquilino said, “The PRC seeks to become a global military power and acquire the ability to seize Taiwan, while developing conventional weapons that can reach the U.S. homeland.”

According to the 2022 National Defense Strategy (pdf), the Pentagon identified the Chinese regime as the “most consequential strategic competitor and the pacing challenge for the Department.”