Home Keep Up World Health & Pandemics US revealed as one of only SEVEN countries in the Western world... 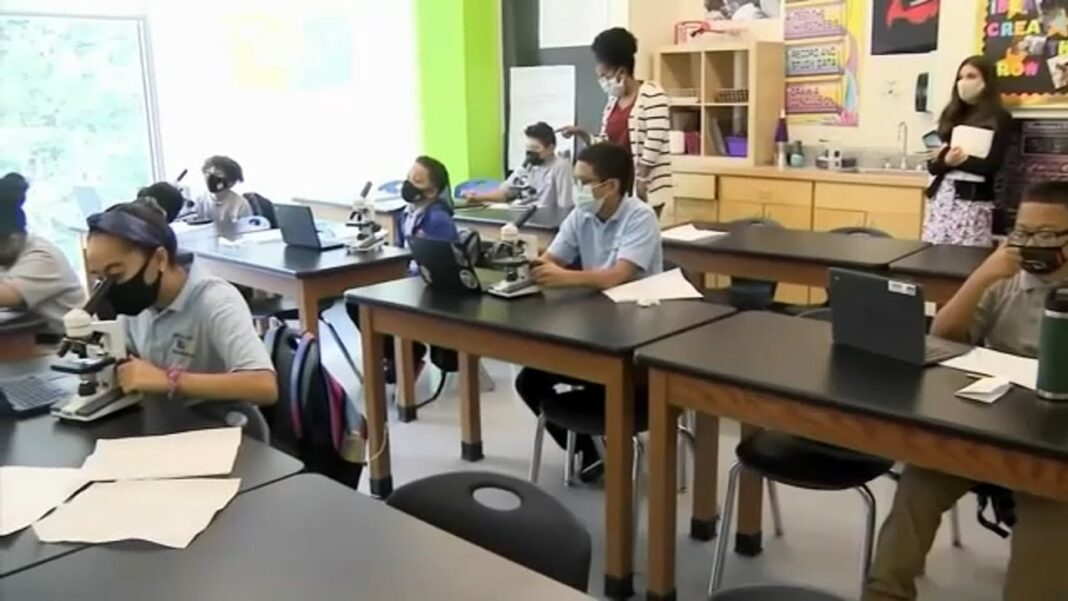 The U.S. is one of the few countries still recommending masks in schools as most nations let kids attend classes without face coverings.

Although states are allowed to set their own rules, the Centers for Disease Control and Prevention (CDC) suggests universal indoor masking for all students above age two regardless of vaccination status.

In fact, 68.2 percent of the 500 of the largest school districts in America still require masks, according to data analytics firm Burbio.

But there are only six other nations in the Western world that require or strongly advise kids to cover their noses and mouths.

Meanwhile, more than a dozen other countries, including the UK, the Netherlands, Norway, Sweden, Germany and Australia have since dropped their mask mandates or never had them begin with.

Aside from the U.S., DailyMail.com could only identify six other Western countries where masking is broadly required or recommended in schools: Canada, France, Italy, Portugal, Romania and Spain.

In Canada, America’s closest neighbor, provinces get to set their own rules just like states do in the U.S., with most instituting mask mandates.

The remaining two provinces, Quebec and Newfoundland & Labrador, only don’t require masks if case rates in the surrounding areas are low.

In France, mandatory face masks had been lifted by the requirement is being reimposed for all elementary school students as of November 15 due to rising case rates.

Recent studies have found that children are just as likely as adults to test positive for Covid, but about half are asymptomatic compared to 10 percent of over-18s.