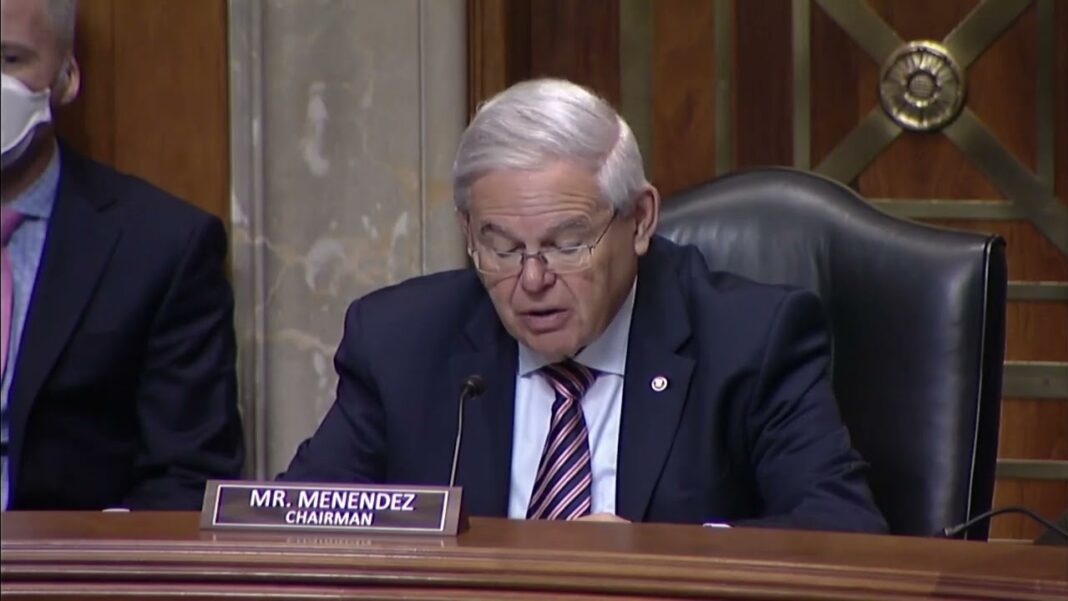 During the Senate Foreign Relations Committee’s May 12 deliberations on aiding Ukraine, Sen. Bob Menendez (D-N.J.) said the United States should divert fuel to Europe to assist with energy disruptions there.

Menendez’s statements came in the wake of significant disruptions in Europe’s energy market. The Russian energy giant Gazprom’s cutting off gas supplies to Poland and Bulgaria in late April for failure to pay in rubles. And more recently, Ukraine’s state-owned pipeline operator stopping the flow of Russian gas to Europe from a station in Luhansk in Donbas on May 11.

Menendez, chair of the Senate Foreign Relations Committee, painted the developments in a positive light, saying that Europe’s dependence on Russian energy “feeds straight into Putin’s war machine.” However, he said Europe will require U.S. assistance as countries search for alternative sources of fuel.

“In the short term, we need to consider helping. We should be diverting gas and oil to Europe because our allies have to keep the lights on,” he said. “In the medium and long term, investing and collaborating with the private sector and our allies on clean energy technology is the best way to isolate Putin and achieve independence from Russian energy supplies.”

No committee member opposed Menendez’s proposal, though some Republicans questioned why the Biden administration is restricting domestic production of natural gas in the midst of global energy disruptions. Gas prices in the United States hit another record high of $4.404 on May 11, according to AAA, just a day after reaching an earlier high of $4.374, while crude oil continues to remain above $100 per barrel.

Sen. Rob Portman (R-Ohio) said the Biden White House should reverse its decision made earlier this week to cancel three major offshore oil leases in the Gulf of Mexico and off the coast of Alaska, which blocks the opportunity to drill for oil in over 1 million acres. Portman said freeing up domestic production would help the effort to punish Russia.