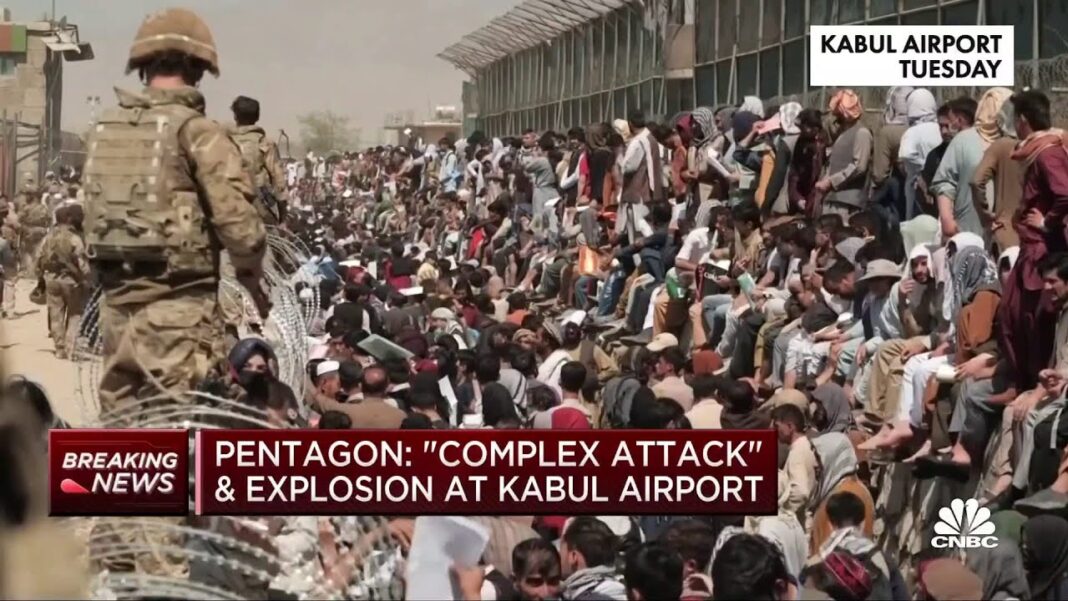 There is a “very credible” threat of a “highly lethal” terror attack on the Kabul airport within hours, a UK minister has warned.

Britain’s armed forces minister James Heappey said on Thursday that there is “very credible reporting” of an “imminent” and “severe” threat to the airport from the ISIS terrorist group.

The U.S. Embassy in Kabul issued an alert on Wednesday evening, urging citizens to avoid traveling to the airport and said those already at the gates should leave immediately, citing unspecified “security threats.”

Britain and Australia have also urged their citizens and visa holders not to travel to the airport, where thousands are waiting to be evacuated out of the country ahead of the Aug. 31 deadline.

The British government now believes there is a “very imminent” risk of a “highly lethal” attack possibly within Kabul, Heappey told “BBC Breakfast.”

“As a consequence, we’ve had to change the travel advice to advise people not to come to the airport, indeed to move away from the airport, find a place of safety, and await further instruction,” he said.

He told LBC radio the possible attack could come within “hours,” adding the ISIS terror group, also known as Daesh, is “guilty of all sorts of evil.”

“The opportunism of wanting to target a major international humanitarian mission is just utterly deplorable but sadly true to form for an organization as barbarous as Daesh,” he said.

U.S. President Joe Biden rejected the request from Britain and other allies to extend the Aug. 31 deadline, saying he prefers that U.S. troops leave on Aug. 31, because staying longer puts them in danger from terror attacks from a group known as ISIS-K.

ISIS-K, or Islamic State Khorasan, is an ISIS affiliate in Afghanistan that consists of disaffected Taliban members who hold an even more extreme view of Islam.

The group carried out a series of brutal attacks that included a 2020 assault on a maternity hospital in Kabul, in which infants and women were killed.