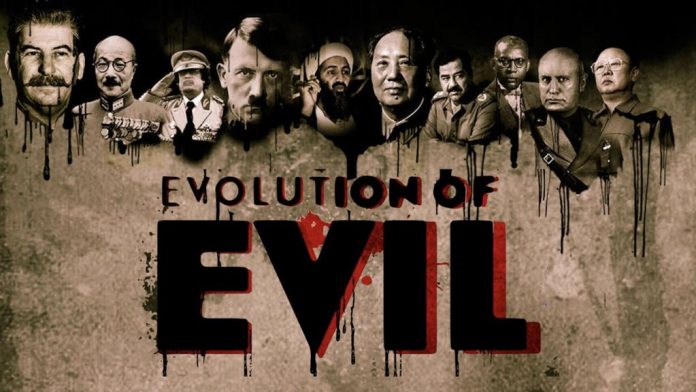 Evolution of Evil (2015) is a look at the reigns of the some of the world’s most notorious dictators and despots. It is a series that every adult, and especially millennials, should watch, because history can easily repeat itself. The Biography Documentary, Evolution of Evil (2015) television series is hosted by Alisdair Simpson.

“As a people, we are not very good students of history; we keep repeating the same mistakes at dreadful costs.” ~ Col Don Wilson

They are a rogues gallery of the most notorious despots in recent history. From Hitler to Saddam Hussein, from Stalin to Kim Jong-il of North Korea, from Chairman Mao to Colonel Gaddafi these are the psychopaths, the heartless ideologues, the greedy, the cruel and sometimes the just plain mad individuals who have seized control of their country and inflicted appalling suffering on their people.

Hitler: The Benchmark of Terror
Adolf Hitler murders six million Jews and invades peaceful countries brutally killing anyone in his way. But what terrible forces turns a high school dropout into the most evil dictator the world has ever seen?

Stalin: Russia’s Steel Tyrant
For 30 years Joseph Stalin rules the Soviet Union with an iron fist. Anyone who stands in his way will be destroyed.

Tojo: Japan’s Razor of Fear
Japanese General, Hideki Tojo is a cold blooded control freak, who takes millions to their deaths in the dirtiest war ever known. This is the story of the dictator responsible for Pearl Harbor, an Asian Holocaust and the torture of thousands of POWs.

Mao: China’s Chairman of Death
Mao Zedong, Supreme Leader of Communist China for 30 years, is one of the 20th Century’s most ruthless tyrants. His reign of cruelty and revenge, transforms him to a position of authority so great, his personality cult remains to this day.

Saddam: The Butcher of Baghdad
The story of Saddam Hussein the sadistic tyrant who rules Iraq with an utter contempt for humanity for 23 years – a man whose cruelty knows no limits and who’ll stop at nothing to achieve the power of life and death over millions of people.

Mussolini: The Father of Fascism
This is the story of the rise and fall of the man who became a role model to Hitler and some of history’s worst dictators of the twentieth century and beyond – Benito Mussolini.

Bin Laden: A Terrorist Mastermind
See how Osama bin Laden’s journey unfolds; from his roots as a privileged young Saudi boy to becoming the formidable leader of al-Qaeda, and his lifetime commitment to violent jihad against the West, which results in the horrific attacks in 2001.

Kim: North Korea’s Evil Dynasty
North Korea’s evil dictator, Kim Jong-il, ruled his country for 17 years without mercy. While personally enriching himself, he let his people starve to death and threatened to bring the world to the brink of a third world war.

Papa Doc: Haiti’s President for Life
Francois Duvalier trained as a medical doctor, but his healing touch was lost as he became the ruthless dictator “Papa Doc”. The tools of his tyranny were violence and Voodoo. He killed 30,000 people, and kept a nation in fear of his mystical powers. 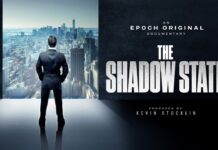 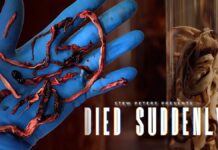 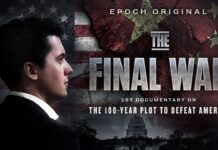