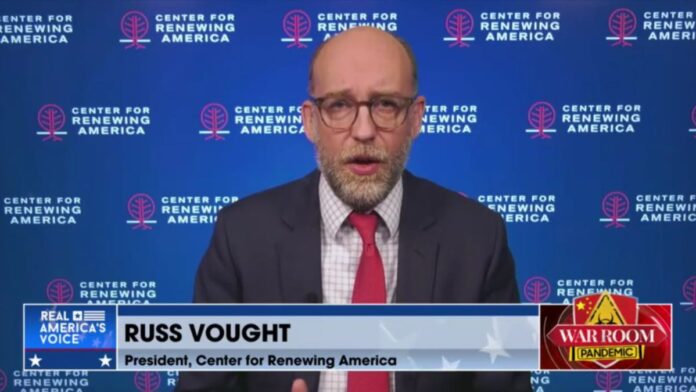 Russ Vought, the former director of Office of Management and Budget under President Trump, talks to guest host Peter Navarro about the crucial decision facing the Republicans in the Senate as Democrats try to pass spending bills at the end of September.

“What is vital … is that Republicans… cannot allow a lame-duck where an omnibus bill would pass after the election and they cannot allow these full-year appropriation bills to be passed. Why? Because we need to have a cavalry come in the new year and have an ability to push back using the power of the purse against the Biden administration against everything.”